Garbage-hauling ship arrives in Canada after journey from Philippines 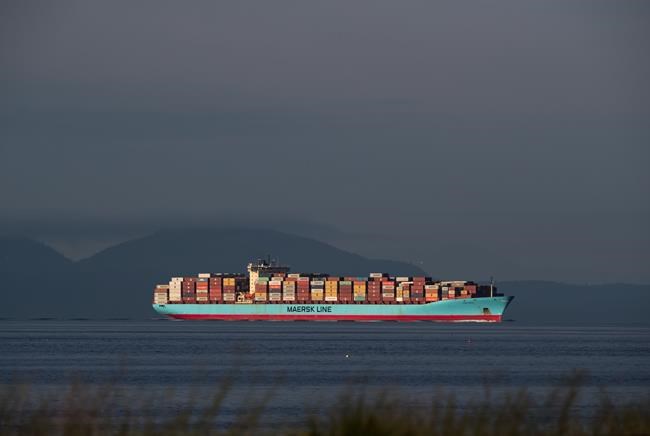 VANCOUVER — An infamous load of Canadian trash that had been rotting in the Philippines for more than five years has come full circle, arriving by ship at a port south of Vancouver on Saturday morning.

The Anna Maersk arrived at Deltaport near the Tsawwassen ferry terminal just after 7 a.m., carrying nearly 70 containers and 1,500 tons of Canadian refuse.

The ship began unloading shortly afterwards, and the trash will be held at the terminal before it can be disposed of at an incineration facility in Burnaby, B.C, according to Canadian officials.

Just over a hundred containers of Canadian garbage arrived in the Philippines in 2013 and 2014, exported by a private Canadian company and falsely labelled as plastics for recycling.

Inspections later revealed that much of what was inside the containers was regular trash, including dirty diapers, kitchen waste and electronic items.

The garbage set off a political row between the two countries, culminating in a threat by Philippine President Rodrigo Duterte to send it back to Canada himself.

"Prepare a grand reception," he said. "Eat it if you want to."

Canada is a signatory of the 1992 Basel Convention, which requires informed consent before a developed country can export hazardous waste to a developing country, and in 2016 a Philippine court ordered the garbage returned to Canada.

Initially, Canada tried to negotiate with the Philippines to dispose of the trash locally, and a portion of it was, but local environmental groups objected.

Canada missed the president's May 15 deadline to remove the rest of the garbage and Duterte recalled the Philippines' ambassador and consuls from Canada.

The garbage left June 1 and was transferred onto the Anna Maersk on June 8 in Taiwan for the voyage home across the Pacific Ocean.

The cost to Canada is $1.14 million for shipping and another $375,000 for the garbage to be burned in the Metro Vancouver incinerator.

"The Government of Canada is looking at ways to hold the responsible parties to account," a spokesperson from the Minsitry of Environment and Climate Change.

Note to readers: This is a corrected story. An earlier version misspelled Rodrigo Duterte's first name.