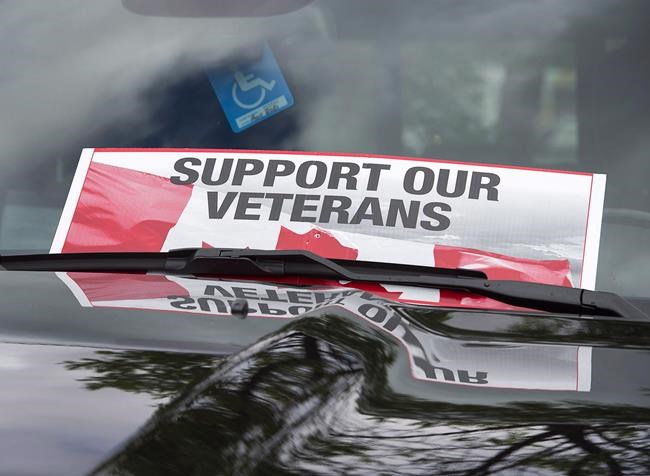 OTTAWA — Veterans Affairs Canada has struggled to quickly answer calls from current and former service members seeking information and assistance, newly released documents show, leading many to hang up before they are answered.

Obtained through the access-to-information law, the documents show the government has made little progress in recent years in cutting down on the amount of time veterans are forced to wait on hold when they phone federal call centres.

In fact, it appears the problem with the toll-free number — which is separate from the crisis line set up for veterans or family members dealing with mental trauma and physical injuries — has gotten markedly worse despite years of public criticisms.

Veterans have previously called the delays frustrating, stressful and an obstacle to accessing needed benefits and services, particularly for those suffering from psychological trauma or physical injuries.

"Put yourself in the shoes of a veteran who is sick, calls (Veterans Affairs Canada) and is not able to get an answer," said Sylvain Chartrand, director of Canadian Veterans' Advocacy.

"What's going to happen to this guy? Is he going to call back? Have we lost him? Probably some."

Veterans usually call the toll-free number to apply for — or get information about — the various benefits and services offered to former military personnel. They can also get an update on their applications.

The calls, which number in the tens of thousands each month, are often the first contact veterans have with the department and are routed to one of four centres in Halifax, Montreal, Winnipeg and Kirkland Lake, Ont.

Yet while Veterans Affairs aims to answer 80 per cent of calls within two minutes, only 40 per cent of the more than 359,000 calls answered between April 2018 and February 2019 were fielded within that target.

Another 84,000 — or about one in five of all calls — were categorized as "abandoned," meaning the caller hung up before officials could answer.

The figures were noticeably worse last year than over the previous two years, when only about one in 10 calls were abandoned and around 65 per cent of calls that were answered were within the two-minute target.

While the documents did not provide a reason for the sharp decline in service, they did show that last year officials contemplated extending the target for answering calls to five minutes.

Veterans Affairs spokesman Josh Bueckert said the department has hired more employees so that call centres "are now at full capacity and have routinely been answering calls well within the standard time of two minutes."

Officials are also developing a plan "to address a few key areas as quickly as possible," he added while noting that veterans can also access services online and by visiting a Veterans Affairs Canada office in person.

Chartrand, who previously served in Cyprus and Bosnia, said he has nonetheless heard many complaints from the veterans' community, and noted that he has personally had to wait 15 minutes or more for an answer.

"The numbers speak for themselves," he said of the figures, "but they don't show what impact there is on a veteran who's not going to be able to get (a service or benefit) or is discouraged and doesn't go ahead."