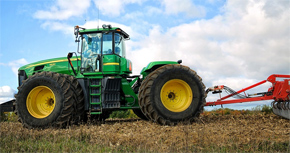 Almost half of farmers can’t find all the labour they need.

Ottawa – Almost half of Canadian farms can’t find all the workers they need and a third of them receive no applications from Canadians when they do post jobs, says the Canadian Agricultural Human Resource Council (CAHRC).

As a result of the labour shortage, farmers reported $2.9 billion in lost sales last year—an increase from $1.5 billion in 2014, CAHRC said in a new Labour Market Forecast (LMF) to 2029.

“Forty-six per cent of farmers who reported vacancies delayed or cancelled expansion plans and many reported extreme stress for themselves and their workers,” the LMF said. “Nearly 90 per cent of producers with unfilled jobs identified excessive stress and hours as a result of not being able to find the workers they required.”

On top of the current worker shortage, 37 per cent of the current farm workforce is expected to retire in the next 10 years, which will compound the labour challenges facing the agriculture sector as it tries to ramp up production and exports.

While farmers are trying to recruit Canadians who traditionally haven’t worked in agriculture, international workers continue to be a vital source of labour, CAHRC said. International workers now have almost 60,000 farm jobs in Canada, or one in every six positions in the agriculture workforce, compared to 45,600 jobs in 2014.

“While the total job vacancies in agriculture have declined to 16,500 from 26,400, largely as a result of the adoption of technology, and an increase in the number of international workers, vacancy rates in agriculture are among the highest of any sector in Canada at 5.4 per cent compared to the national average of just under 2.9 per cent, they have decreased from the 2014 rate of 7 per cent.”

CAHRC Executive Director Portia MacDonald-Dewhirst said, “Labour shortages in Canadian agriculture can only be addressed by taking decisive action. By working together, we can find meaningful, creative solutions to increase the supply of labour and improve the skills of the sector’s workforce for the continued success and growth of agriculture across Canada.”

The strong demand for Canadian food products around the world means the sector could contribute even more to the national economy if the worker shortages can be fixed, the LMF said.

Farm groups complain that restrictive federal policies and rules complicate the efforts of farmers who want to bring in immigrant workers when they can’t find help in Canada.

Most new Canadians don’t look to agriculture for a career, the LMF said. “Encouraging communities and local governments to promote community activities, schools and recreational programs will help to alleviate concerns and encourage people to move to their vibrant rural areas for agricultural employment.

“Changing negative perceptions surrounding living and working in rural areas, and promoting agriculture as a rewarding career will create long-lasting benefits for the sector. There is a general lack of awareness about working in food producing industries. If business, education and government agencies are able to position agriculture as a viable and exciting career path for Canadians, the result will be more people interested in working in food production careers.”