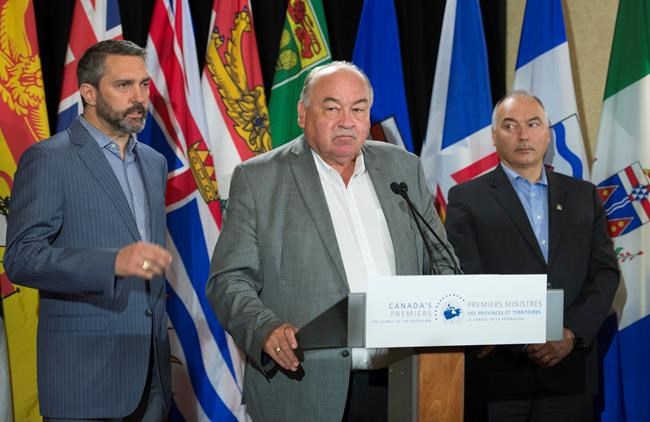 SASKATOON — Alberta Premier Jason Kenney says he still believes national unity is under threat despite collaborative discussions with the country's other leaders.

Kenney says Albertans feel frustrated and alienated because the province contributes billions of dollars to Canada's economy but is blocked by others from developing its resources.

He says he doesn't think Albertans want to separate — they just want fairness.

The premiers spoke in Saskatoon after wrapping up a two-day annual meeting.

Saskatchewan Premier Scott Moe, who hosted the gathering, says he believes Ottawa's energy policies and its carbon tax are a threat to national unity.

The premiers at the meeting have agreed to send letters to federal leaders ahead of October's election asking them to state their plans on issues including creating jobs and reconciliation with Indigenous people.