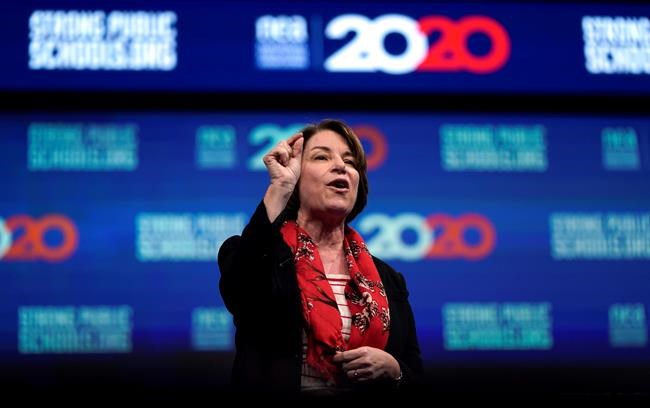 WASHINGTON — Democratic presidential candidate Amy Klobuchar (KLOH'-buh-shar) has a new plan to help seniors that includes more support for people with Alzheimer's disease and their caregivers.

It's an issue that's personal for the Minnesota senator, whose 91-year-old father is in a memory care facility.

The plan includes new funding for Alzheimer's research and aims to develop a cure and treatment by 2025. Klobuchar would create a refundable tax credit to offset the costs of long-term care, whether it's care at home or in a nursing facility.

Klobuchar's campaign said Friday she would put between $100 billion and $150 billion toward the tax credit. The money would come from eliminating tax exemptions on some capital gains.