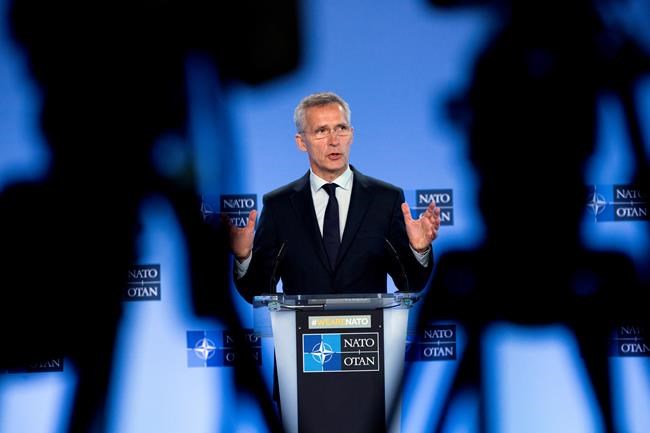 The secretary-general of NATO is in Canada today meeting Prime Minister Justin Trudeau.

Jens Stoltenberg will tour CFB Petawawa with Trudeau and discuss Canada’s NATO deployments in Latvia and Iraq with him.

NATO is part of the “rules-based international order” the Liberal government frequently promotes.

U.S. President Donald Trump denigrates it as an outdated body saying it was formed to defend the west in the Cold War but is neglected and underfunded by its own members.

Canada’s mission in Latvia is one of several in NATO countries that have borders with Russia that are meant to discourage Russian President Vladimir Putin from pushing into former members of the Soviet Union as he has in Ukraine.

After the visit to CFB Petawawa, Stoltenberg will travel to Toronto