Scheer on Trump: It’s ‘offensive’ to question the family background of critics 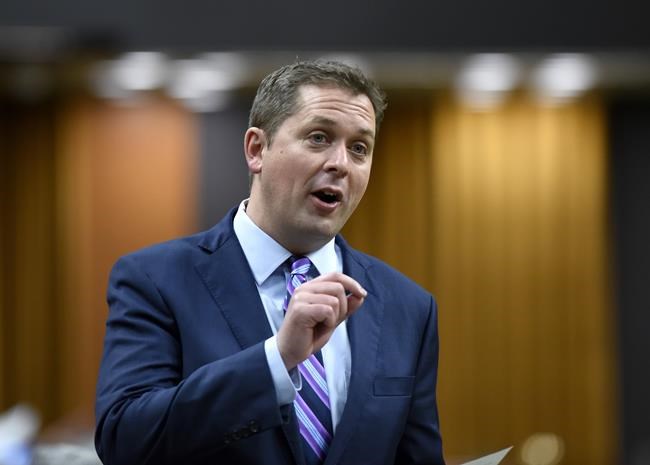 SASKATOON — Federal Conservative Leader Andrew Scheer says there is no place in society for comments such as the ones U.S. President Donald Trump has made about four Democratic congresswomen.

Scheer said he believes people should be free to criticize their governments without having their backgrounds questioned or being told to leave the country.

"I don't think there's any place in our society for intolerance or ... those kinds of divisive comments," Scheer said Wednesday when asked by reporters in Saskatoon where he was speaking to the Chamber of Commerce.

Trump is being called a racist for suggesting on Twitter that the four congresswomen should go back where they came from if they don't like America.

All are American and all but Omar were born in the United States. They've been among the party's most outspoken advocates for impeachment.

Scheer didn't go so far as calling the tweets racist, but said they were offensive.

Prime Minister Justin Trudeau has said Trump's comments would not fly north of the border because diversity is one of Canada's strengths.

"That is not how we do things in Canada," Trudeau said earlier in the week.