Trio of deadly crashes not a sign DHC-2 Beaver is unsafe: aviation experts 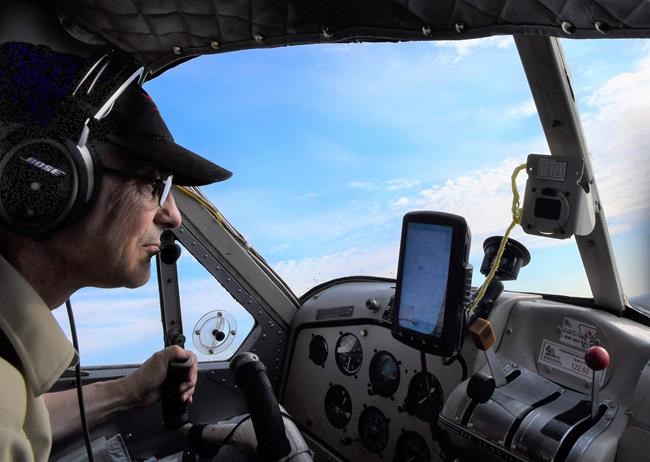 MONTREAL — At least eight people have died in three crashes involving de Havilland DHC-2 Beaver planes in less than a week in Canada, but civil aviation experts say the aircraft remains the safest, popular and best option for bush pilots.

Gilles Lapierre, past-president of Aviateurs Quebec, an association of Quebec pilots, said while it has been more than 50 years since the last Beaver was built, pilots operating in remote regions appreciate what the aircraft brings.

"In the air, the Beaver is considered a Jeep by comparison," Lapierre said. "Even if it's 50 years old or more, there is no modern plane that can compare to the Beaver and that's why it's still very popular among outfitters, seaplane operators and companies whose business is to fly people in the bush."

Transportation Safety Board officials are investigating at least three crashes involving DHC-2 Beavers since July 11, when a float plane crashed in the central Ontario community of Hawk Junction, killing two people aboard.

Last Friday, a plane crashed near Lac Boulene, southeast of Chibougamau, Que., killing three of four people on board. Officials believe the plane was flying too low while avoiding a severe storm and struck some trees.

Recovery operations are underway in the most recent incident, when a Beaver carrying seven people including the pilot crashed in Mistastin Lake, in a remote part of Labrador on Monday. Three people are confirmed dead with another four occupants missing.

Plane owner Air Saguenay said weather was good on Monday and the plane had undergone a mechanical inspection in the spring. It was contracted to an outfitter in Labrador.

The single-engine Beaver aircraft was produced between 1947 and 1967.

"The Beaver is not a plane that's built for flight in the clouds, it was constructed for visual flight," said Lapierre, who has flown the plane on occasion. "Sometimes when flying it in changing weather, you can inadvertently find yourself in conditions where you lose visibility ... you try to get out of that situation because the craft isn't equipped for instrument flight."

He described the Beaver as "robust but simple in terms of conception and maintenance" and are pretty much the only aircraft operating in remote, inhospitable regions, and where weather conditions can change quickly, which means increased risk.

"They operate in difficult regions where there's less technical support in terms of air traffic control or meteorological stations, so bush pilots need to be resourceful and versatile," Lapointe said.

He noted the plane involved in the Labrador accident had been damaged in 2001 and rebuilt.

The pilot, Gilles Morin, was described by his employer as an experienced pilot with 20,000 hours under his belt.

The Saguenay, Que.-based airline confirmed his death on Wednesday.

Lapointe said Air Saguenay has a good track record and typically sent its most experienced pilots to work in the north.

Morin's experience — between three and four decades' worth — was all the more significant given the types of conditions bush pilots face, with short flights involving numerous takeoffs and landings.

"Bush pilots are a rarer breed, young pilots want to work fly for airlines or fly helicopters," Lapointe said. "It's difficult to keep people long-term in this kind of work."