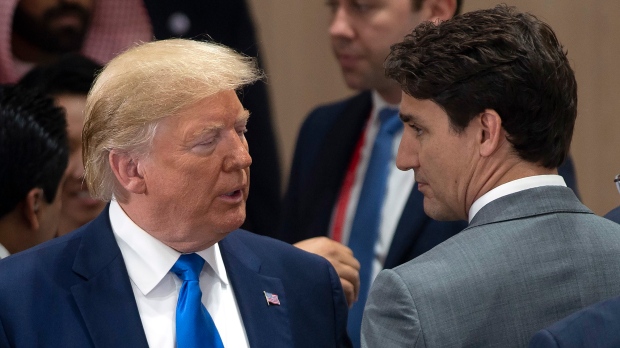 Justin Trudeau has toughened his stance against the inflammatory rhetoric of Donald Trump after the Prime Minister was criticized for his conciliatory tone confronting racist comments.

“I want everyone in Canada to know these comments are completely unacceptable and should not be allowed or encouraged in Canada.”

Mr. Trudeau’s response came after a Trump rally Wednesday evening where supporters shouted “send her back” when the U.S. President referred to Representative Ilhan Omar. She is one of four visible minority Democratic congresswomen Mr. Trump said should go back to their countries.