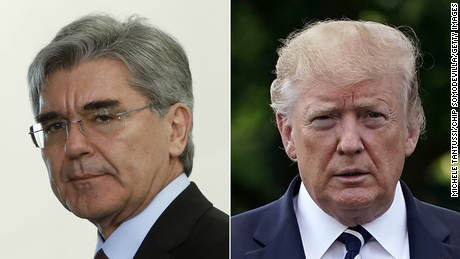 The CEO of German industrial giant Siemens says that President Donald Trump is becoming a symbol of intolerance following his attacks on four female members of Congress.

“I find it depressing that the most important political office in the world is turning into the face of racism and exclusion,” Joe Kaeser said Saturday on Twitter.
Kaeser’s remarks are the most prominent criticism from the business world in reaction to Trump’s rally last week in North Carolina. The US president attacked Somali-born Minnesota Representative Ilhan Omar and the crowd chanted “Send her back! Send her back!”