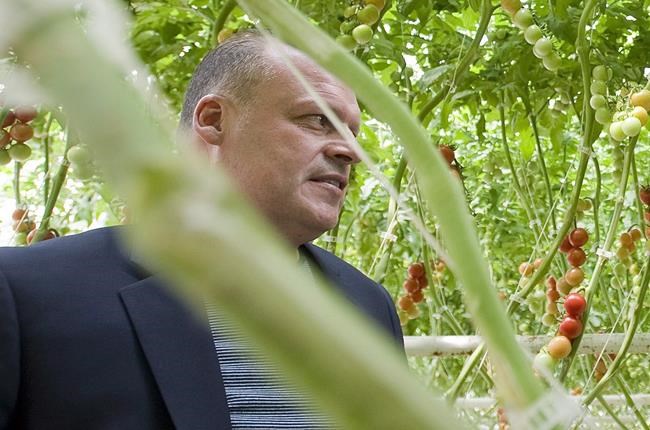 MONTREAL — The family of a Quebec entrepreneur and his son now missing for 12 days are asking provincial police to carry out a ground search of a vast, heavily wooded area where the missing helicopter may be found.

Stephane Roy, the founder and  president of Les Serres Sagami, and his 14-year-old son Justin have not been seen since July 10, when they failed to return as planned from a fishing trip at a remote cabin.

Quebec provincial police halted aerial searches on Monday of the upper Laurentians area in favour of gathering more information to focus their search.

But the missing businessman's brother, Daniel Roy, urged them to ramp up their ground effort, noting visibility is better on the ground than up in the air.

He said the family will continue to search from the air with the help of volunteers. Two private helicopters flew on Monday, he noted.

"For us, we're day 12 and we're just as strong as day one, the only difference is we're better organized," Daniel Roy said.

But organizing ground searches is the responsibility of the police, he added.

The provincial police are in charge of the missing persons case and said they wouldn't rule out going back up in the air or launching ground searches if they get new information.

Police spokeswoman Joyce Kemp said hikers or vacationers in the woods should keep an eye out for anything that might move the investigation forward.

"We have all the necessary staff and specialists that are ready to be deployed in the event that new information is found," Kemp said.

The police decision to suspend its aerial searches follows a move by the Canadian Forces to wind down their own air search on Sunday.

Despite more than a week of searching from the air, there has been no trace of Roy's missing Robinson R-44 white helicopter.

The search area spanned nearly 20,000 square kilometres at first — a densely wooded area with rocky terrain and several lakes. Daniel Roy said that area has been scaled down considerably.

Because the missing helicopter had no flight plan and no distress signal was detected, aside from some cellular data, there's limited information about the route taken from Lac de la Bidiere west of La Tuque, Que., to Ste-Sophie, where Roy lived.

Roy described his brother as very no-nonsense pilot — simply getting from point A to point B was his goal. He also safely landed his helicopter a few years ago after losing engine power in midflight.

"We know his abilities, we know his character — he's fighter, he's a battler, he's a survivor," Daniel Roy said.

Stephane Roy's company produces greenhouse-grown tomatoes and other produce under the Sagami and Savoura brands.

Andre Michaud, a spokesman for the company and friend of Stephane Roy's for two decades, said Monday business operations were continuing uninterrupted. Despite a lot of worry, "we're doing what he would have wanted us to do," he said.

Michaud, who has known Roy for two decades, said he has a tremendous survival instinct.