Feds spent $17.7 million on advertising in lead up to election moratorium 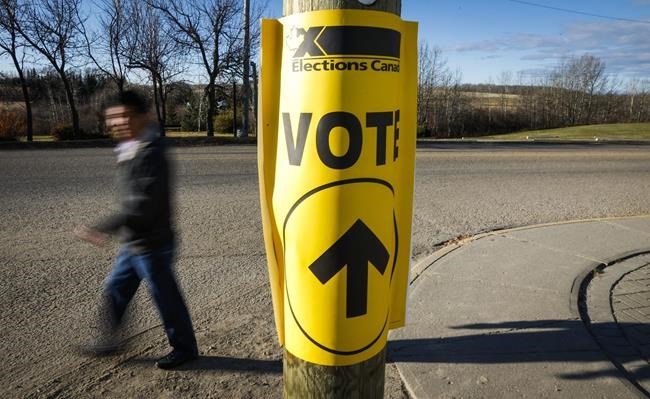 OTTAWA — Canadians can expect an onslaught of political advertising this fall as parties compete for their attention — and votes — by loading their television screens and social media feeds with promises and partisan attacks.

Government advertising, meanwhile, will remain at a mandatory standstill until after the votes are counted as the result of a newly-imposed spending moratorium on public awareness campaigns in the months leading up to the election.

That meant the federal government had until June 30 to get any ad buys out of the way, and newly released figures show it allocated nearly $17.7 million to the cause in the first quarter of fiscal year 2019-20.

The money set aside through the first three months of the federal fiscal year marks an increase of nearly 21 per cent compared to the same stretch in 2018 to pay for various government advertising campaigns. That followed a three-month stretch — the last quarter of the 2018-2019 fiscal year — when the government didn't allocate any money for advertisements.

At first glance, the spending figures could suggest the Liberals ramped up awareness campaigns in an election year, making sure Canadians know about everything from tax credits to services available to seniors.

But a spokesman for Treasury Board President Joyce Murray said the money is about two-thirds less than the $56.2 million the Conservatives allocated for the same time period ahead of the 2015 election, including $11 million to promote the Harper Conservatives' federal budget.

In the end, though, the outgoing Conservative government and the incoming Liberal government spent a total $42.2 million in the 2015-2016 fiscal year on advertising.

"While the previous Conservative government used government advertising for political gain, we have been giving Canadians the information they need in a responsible, non-partisan fashion," Farees Nathoo, a spokesman for Murray, wrote in an email.

He argued that has led to smaller annual totals.

The total numbers for what was actually spent in fiscal 2018-19 is not yet available, but the federal government allocated $35 million during that time. It also devoted $39.2 million to advertising in 2017-18.

The figure for 2014-15, which is the last full fiscal year the Conservatives were in power, was $68.7 million.

The Liberals campaigned in 2015 on a promise to ban partisan government advertising, following years of the Conservatives coming under fire for stamping their party logo on oversized novelty cheques or otherwise injecting a dose of blue into announcements for infrastructure projects and other programs.

This being an election year, that math and history lesson did not stop their political rivals from seizing upon the spending increase.

In a statement, Conservative MP Stephanie Kusie accused the government of "doing everything possible to stack the decks in the Liberal Party's favour before the election." A statement from NDP MP Daniel Blaikie said the spending showed "the unfairness of our electoral system" because the incumbent party "will use taxpayer money to make sure they are re-elected instead of using that money to make life better for Canadians."

The Liberals said they would name an advertising commissioner who would help the auditor general keep an eye on government advertising and make sure the messages do not stray into partisanship territory.

They ultimately delegated that responsibility to a third-party, asking Advertising Standards Canada, a self-regulating body for the industry, to review all ad campaigns costing more than $500,000.

The results of the reviews, which are published online, suggest the industry body has asked, and received, changes to advertisements.

Still, a report from the auditor general this spring said that public funds could yet end up supporting partisan advertising due to inadequate controls.

The watchdog flagged how only government advertising worth more than $500,000 is required to go through the review by the independent body, increasing the risk of partisanship in smaller campaigns, especially since there has been a shift towards less expensive digital advertising.

Murray said in May that Treasury Board officials would review the spending threshold at which a review was required, and examine how to better assess the risk associated with advertising on social media.