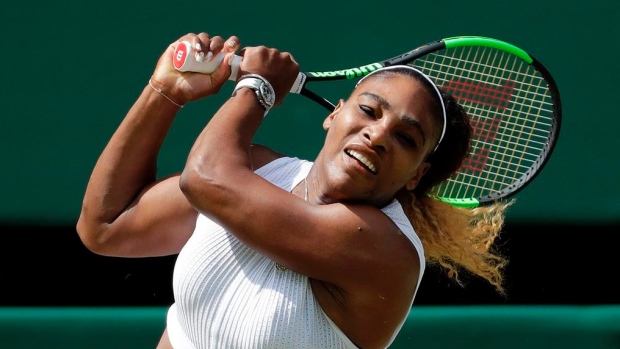 Serena Williams can still recall the frustration she felt after losing her first professional tennis match.

That it happened in Canada — where she’d eventually enjoy plenty of success — made for a bitter first impression of the country.

Williams was competing in a qualifier at a Tier 3 tournament in Quebec City in October 1995, a month after turning 14, and lost to No. 149-ranked fellow American Annie Miller 6-1, 6-1 in quick fashion.

While she earned a single ranking point and $240 in prize money, Williams left Quebec with the realization that she had a lot more work to do before she returned to a pro tournament two years later.

“All I remember is I was incredibly nervous, I couldn’t believe I was playing,” Williams said. “It was just — I couldn’t deal with the nerves, it was a lot for me. I think I lost in like 30 minutes or something.

“And yeah, I just needed to go home and get a lot better. And then when I came back I was more ready to be able to play on the professional circuit.”

Williams, who’s logged 72 career titles over the 24 years since that first match, is competing at the Rogers Cup this week for the first time since 2015.

A three-time Rogers Cup winner in Toronto, Williams is looking forward to returning to the site of her 2001, 2011 and 2013 championships.

“I think whenever I come here I just have so much fun,” she said Sunday after her first official practice at Aviva Centre. “I love the city, I seem to know it really well. I’m here a lot even without the tournament.