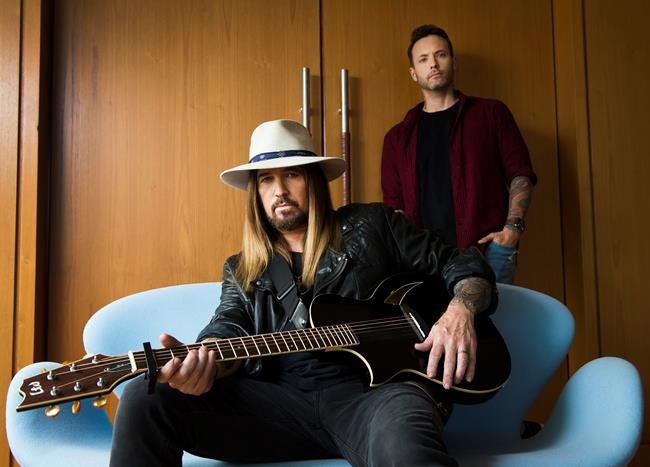 Billy Ray Cyrus is no expert on hosting Canadian awards shows, but he knows a good collaboration when he sees one.

And that’s why the Kentucky-raised hitmaker is confident that pairing with homegrown country singer Dallas Smith to co-host the Canadian Country Music Association Awards on Sept. 8 in Calgary will be a rip-roaring success.

“I’m going to try and hit my mark and let Dallas do all the talking,” Cyrus recently joked a few hours after being introduced to his new sidekick in Toronto for the first time.

“I called him Elvis as soon as I met him. He’s got one of those charismas that kind of leaps out at you… it just hit me with positivity.”

Praise like that carries a lot of weight coming from Cyrus, who’s spent the summer basking in the popularity of his appearance on Lil Nas X’s “Old Town Road.” The remix, featuring Cyrus, helped launch the single to No. 1 on Billboard’s main chart for a record-breaking 18 weeks, giving Cyrus an unexpe