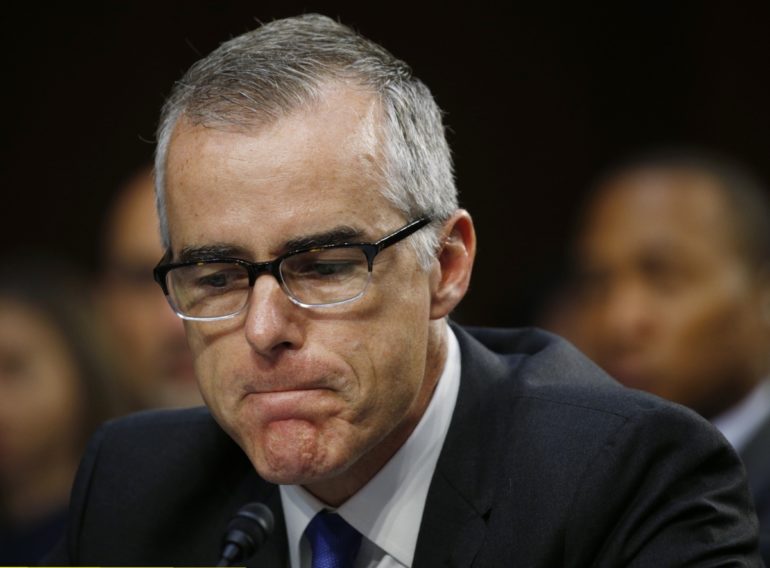 McCabe is asking a federal court in Washington to reinstate him as deputy director of the FBI so he can earn a full pension, which he was deprived of by being fired.
He was dismissed less than two days before his retirement date following his being under investigation by the Justice Department’s inspector general for improper disclosure of information to the media and lack of candor to federal investigators. McCabe, who worked for the FBI for two decades and was a senior leader in 2016 through 2018, including after FBI Director James Comey’s firing and the early days of the Mueller investigation, had become a target of President Donald Trump’s heckling on Twitter and he accused the FBI of bowing to political pressure in his March 2018 firing.