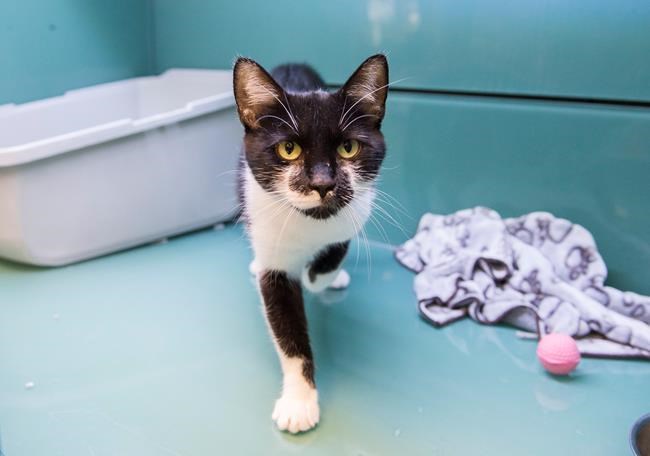 MONTREAL — A Quebec judge has rejected an application by Montreal pet store owners who sought to suspend a new city bylaw that bans the sale of cats, dogs and rabbits that don't come from shelters or veterinary clinics.

In a decision released Wednesday, Superior Court Justice Johanne Mainville denied the request by 25 owners to have the rules temporarily stayed while a legal case brought by the group is argued on its merits.

The bylaw went into effect in July and states pet stores can only sell animals from refuges and veterinary clinics. Owners who violate the bylaw face fines. Montreal's new rules were part of a wide-ranging municipal animal bylaw passed in August 2018.

Mainville saw no urgency in granting the measure and dismissed concerns raised by store owners about financial hardships.

Yves Pepin, lawyer for the applicants, said Thursday the judge noted in her ruling that the broader issues argued in the case warranted a full hearing. No date has been set for a hearing on the merits of the case.

Pepin said the new rules give a monopoly to animal shelters who don't necessarily want to deal with pet stores. The bylaw also punishes store owners who've been in business for decades, he said.

The bylaw, he added, will drive people to online breeders or puppy mills.

"People are going online, they're already doing it," Pepin said. "I don't understand the city. The pet stores, some of them have been there 40, 50, 70 years. People keep going there because they were well-served."

The lawyer also said kittens and puppies are in short supply at shelters and young families usually don't want to purchase an older animal.

The Montreal SPCA welcomed the ruling and said it is confident the measure is valid, noting other North American cities, including Toronto and Chicago, have similar laws.

City officials have said they introduced the bylaw to cut down on puppy mills and to curb mass breeding, which they said contribute to behavioural issues in animals.

Elise Desaulniers, executive director of the Montreal SPCA, said people increasingly want their animals to come from ethical sources. The issue of a parallel market doesn't exist in places with tough laws, she said.

"We haven't seen that problem in other cities, I think more and more people are concerned about where their animal comes from," Desaulniers said.

The Montreal SPCA said it is open to working with pet stores, but added it will "assess each partnership request individually," to ensure the business respects the SPCA's adoption criteria.