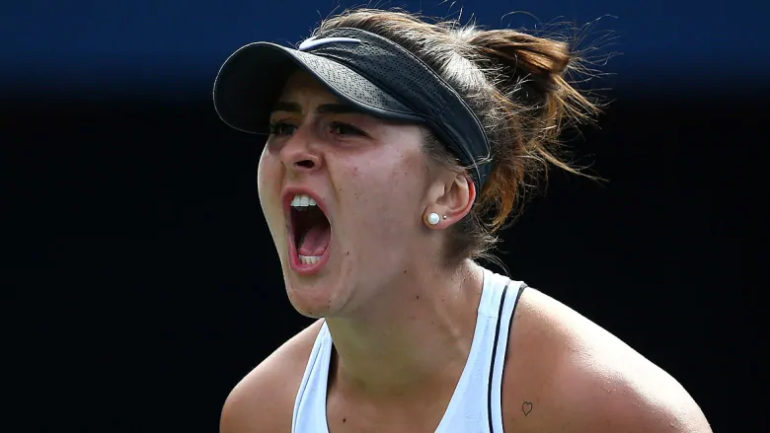 Canadian teenager Bianca Andreescu has advanced to the final of the Rogers Cup women’s tennis tournament with a 6-4, 7-6 (5) win over American Sofia Kenin.

The 19-year-old from Mississauga, Ont., finally put the contest away on her fifth match point.

Andreescu had three chances to finish the match before the second set went to a tiebreaker, but Kenin fought back every time.

Despite a lengthy second set, this is the first time at the tournament that Andreescu was not taken to the full three sets by her opponent.