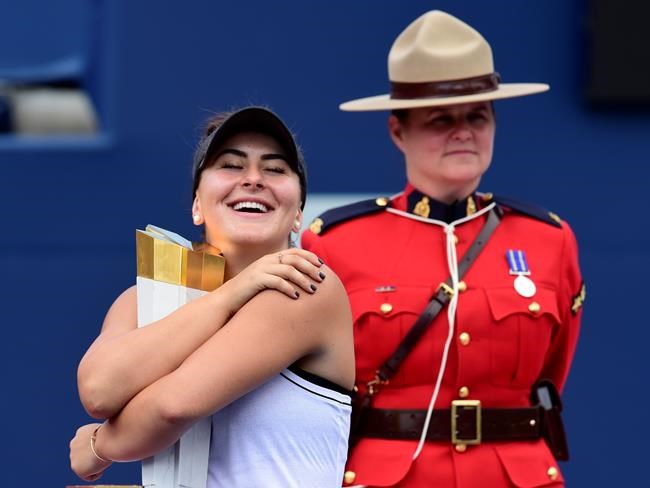 Bianca Andreescu is the first Canadian to win the Rogers Cup in 50 years.

She was up 3-1 in the first set when American opponent Serena Williams called for a medical timeout.

Less than a minute later, the chair umpire announced that Williams was retiring from the match, handing Andreescu her second WTA Premier title of the season.

The 19-year-old Andreescu has now won 17 consecutive matches, not counting when she has had to retire from matches due to injury herself.

Andreescu, from nearby Mississauga, Ont., now has victories over seven of the top 10 players in the world.

Her world ranking will rise from 27th to 14th on Monday. Her previous high was 22nd.