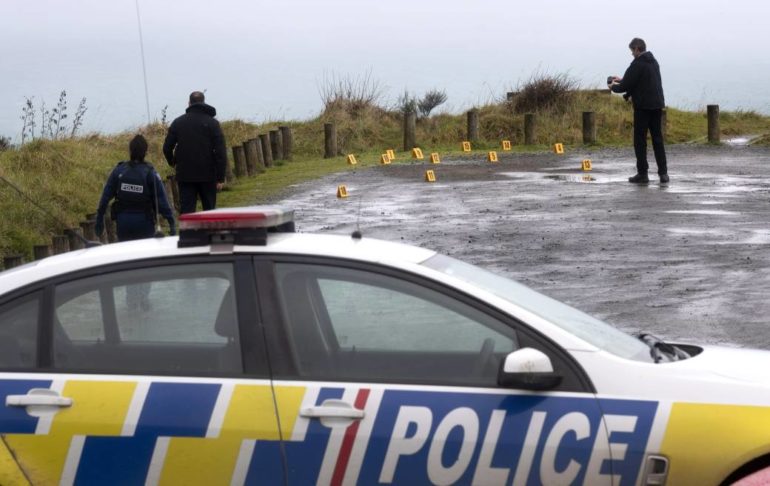 Police in New Zealand were searching for a suspect after an Australian tourist was killed following what police believe was a random attack on the van that he and his Canadian partner were sleeping inside.

Police said the couple was parked at a scenic spot near the coastal town of Raglan when a suspect approached their van just after 3 a.m. local time on Friday.

Detective Inspector Graham Pitkethley told media the suspect fired a number of shots into the van, injuring the Australian tourist. The Canadian woman managed to escape and run away, and she called police.