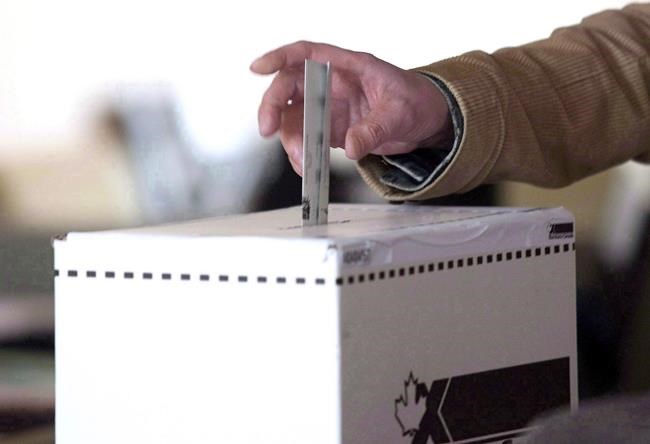 OTTAWA — A pre-election chill has descended over some environment charities after Elections Canada warned them that discussing the dangers of climate change during the upcoming federal campaign could be deemed partisan activity.

An Elections Canada official warned groups in a training session earlier this summer that because Maxime Bernier, the leader of the People's Party of Canada, has expressed doubts about the legitimacy of climate change, any group that promotes it as real or an emergency could be considered partisan, said Tim Gray, executive director of the advocacy group Environmental Defence.

The Canada Elections Act dictates that advertising by third parties, like environment groups, can be considered partisan if it promotes or disputes an issue raised by any party or candidate during the campaign period, even without mentioning that party or candidate by name. If the ad campaign on that issue costs at least $500, the third party has to register as such with Elections Canada.

Gray says registering as a third party is not only onerous, it could also draw unwanted attention from the Canada Revenue Agency, which prevents charities who want charitable tax status from engaging in partisan activity of any kind.

It is "discouraging" that Environmental Defence and other charities may have to zip their lips about climate change being real during the campaign period "because one party has chosen to deny the existence of this basic fact," he added.

"Obviously climate change is real," said Gray. "Almost every credible institution on the planet is telling us to get our act together and do something about it."

Last fall, the United Nations climate change panel, made up of hundreds of scientists from around the world, said if the world doesn't act faster to cut global emissions the planet will face irreversible and catastrophic consequences.

Five of the six political parties expected to have any chance of winning a seat in the upcoming campaign agree that climate change is real and caused by humans. Bernier, however, is the one outlier: he believes that if climate change is real, it is a natural cycle of the earth and not an emergency.

"There is no climate change urgency in this country," Bernier said in a speech in June speech. He also disagrees that carbon dioxide, which experts say is responsible for three-quarters of greenhouse emissions globally, is bad.

"CO2 is not 'pollution,'" he tweeted. "It's what comes out of your mouth when you breathe and what nourishes plants."

Because of that, Elections Canada is warning that any third party that advertises information about carbon dioxide as a pollutant or climate change as an emergency could be considered to be indirectly advocating against Bernier and his party. Advertising can be considered partisan by Elections Canada even if it doesn't mention a candidate or party by name, the agency's rules say.

An Elections Canada spokesman confirmed "such a recommendation would be something we would give."

Gray says the impact is stifling the conversation about climate change at a critical time.

"At this point, unless I can get greater clarification, after the writ is dropped we would stop doing anything online that talks about climate change, which is our entire mandate," he said. "You feel you're being drawn into this space where you're being characterized as being a partisan entity for putting up Facebook ads that say climate change is real, which seems ridiculous to me."

Environment groups in Canada are still on edge after spending much of the last five years fighting against the Canada Revenue Agency accusations and worry that if Elections Canada accuses them of being partisan, it will attract another round of audits for partisan activity. Gray said the two may have different definitions of partisan, but the fear is still having a chilling effect.

"We need to ensure that we're not saying things that are going to be considered to be illegal by Elections Canada."

It doesn't mean Gray is forbidden from giving interviews about climate change during the campaign, he said. Rather, it would affect any kind of activity the group undertakes that costs more than $500, such as a Facebook ad campaign.

In 2012, the former Conservative government unveiled a $13-million audit program to seek out charities the Conservatives alleged were abusing their tax status with partisan activities. The probes went after two dozen environment, human rights, anti-poverty and religious groups — none of them considered partisan — for going beyond a rule that limited their spending to no more than 10 per cent of their funding on political advocacy work.

The program was launched as the Conservatives called many environment groups "radical" and a "threat" to Canada.

The Liberals promised to end what they called a "witch hunt" against any civil society groups that opposed the government's policies. It took more than three years, but eventually legislation was changed last year to lift the 10 per cent limitation. The non-partisan rule, however, remains.

"Climate change is a scientific fact," she said. "It's not an opinion."

The situation is "contributing to ongoing confusion" about what environment charities can and cannot do, and will give fuel to pro-oil groups that want to silence their opponents, Abreu added.

Note to readers: This is a corrected story. An earlier version included surveys as an example of possibly partisan activities.