Race a factor in NDP’s poor outlook in N.B. ahead of election: ex-party executive 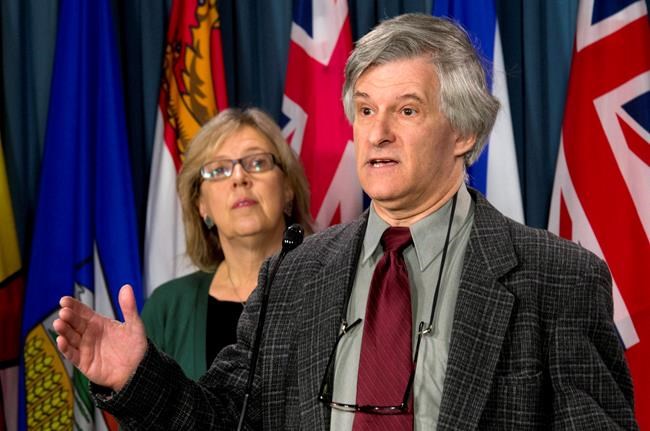 NDP fortunes in New Brunswick ahead of the October federal election took another hit Tuesday with a wave of defections to the Greens.

One of the defectors was Jonathan Richardson, the federal NDP's executive member for Atlantic Canada, who said his former party doesn't have a path to victory in any of New Brunswick's 10 ridings.

The NDP has so far failed to nominate a single candidate in New Brunswick with the federal election less than 50 days away. Richardson said racism is a major reason the party can't find candidates.

The former NDP executive member said he travelled around the province often to meet members, and "the racism card came up a lot — especially in the northern part of the province." NDP Leader Jagmeet Singh is a practising Sikh and he wears a turban.

"I knew this was going to be a major issue and I did bring that to the election planning committee. That, you know, there is going to have to be a some discussion about race. Because it wasn't going well," Richardson said in an interview Tuesday.

He said some potential NDP candidates were hesitant to run because they thought the electorate wouldn't vote for a party whose leader wore a turban. "That was probably a major, a reason that they felt people wouldn't want to vote for them because that would hold them back."

Another reason the NDP hasn't been able to shore up its New Brunswick roster is the lack of visibility of party leader Singh, he said: "Jagmeet as a leader, or when he was running for leadership, has never visited New Brunswick."

Fourteen candidates who ran for the New Brunswick NDP in the last provincial election announced Tuesday they also were leaving to join the provincial and federal Green parties.

"We are reaping the benefits of staying steadfast in our environmental and climate talking points," Green said in an interview Tuesday. "These are things that we really believe in."

He said Green party Leader Elizabeth May has been far more present in New Brunswick than Singh. Green said May, who represents a riding in British Columbia, has family in Atlantic Canada and went to school there. "She is essentially an easterner at heart," he said.

Richardson said Tuesday's announcement was supposed to be primarily about provincial politics. But the defections took on a national tone because he and the 14 other members joined both the provincial and federal Green parties.

The federal NDP's communications director, Melanie Richer, said Tuesday the party is currently scheduling nomination meetings in six of the 10 New Brunswick ridings to be held "by the end of next week."

As for Richardson's claim that racism is holding the party back in the province, Richer said in an email, "This is disappointing to hear, and I don't think that's true."

"This is not new to Jagmeet," she continued. "Jagmeet has dealt with racism his whole life. Throughout his whole life, he's been told that he hasn't been able to do things because of who he is, and he has overcome it. People see the struggles he's faced and overcome and are proud of him.

"I don't think this statement made by (Richardson) is giving Canadians and the people of New Brunswick enough credit."