Sanitary and phytosanitary barriers to U.S. agricultural exports to be investigated 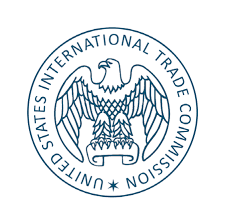 U.S. looking for grounds to push for market openings.

Ottawa—Canadian trade observers should be keeping a close eye on a fact-finding investigation by the U.S. International Trade Commission (ITC) looking for sanitary and phytosanitary (SPS) barriers to U.S. agricultural exports.

The investigation was requested by U.S. Trade Representative Robert Lighthizer as part of the Trump Administration’s campaign to gain increased market access for American agriculture products.

“Farmers worldwide are confronted with numerous challenges affecting their use of plant protection products, including missing and low MRLs, and are increasingly concerned about the lack of adherence to well-established scientific principles in MRL decision-making processes,” Lightizer said.

He requested an initial report from the ITC by next April 30 and a second by Oct. 31. By then, presidential election campaign will be in high gear.

While his comments seem mainly aimed at Europe, Canadian trade guru Peter Clark said Canada will have to pay close attention to the ITC’s work even though the U.S. made plenty of access gains to Canada under the new free trade deal that has yet to be ratified by the U.S. or Canada.

SPS barriers are old hat for Canada. Former agriculture minister Gerry Ritz put considerable effort into combatting them while serving in the former Harper government. While the Canada-E.U. trade deal was supposed to address many of Europe’s agriculture trade barriers, Canadian farm groups generally say a lot of SPS barriers remain especially when it comes to GM crops and pesticides.

Clark said the ITC investigation will largely duplicate the reports that U.S. agriculture department’s trade officers based around the world send to Washington. “I have generally found that USDA FAS is well aware of these programs, measures and things done.”

He expects the ITC reports will be used to gather information the U.S. can use in trade talks with European countries. SPS issues are bound to rise there as well because “the E.U. would still be attached to a precautionary approach and would resist pressures to shift to the more liberal U.S. regulatory system.”

The World Trade Organization reached agreement on acceptable SPS rules in 1995. Clark said it should be the way to settle disputes but the U.S. has undermined the WTO Dispute Settlement Agreement by refusing to appoint representatives to it.

Clark says there is “increasing frustration among U.S. farmers and ranchers with Trump’s trade policies and the Administration’s willingness to throw ag interests under the bus–for the good of the team.” In response, “Trump has begun demanding markets for agricultural products–often at the expense of existing suppliers.”

Lightizer justified the ITC investigation by saying the U.S. needs “a greater understanding of existing and emerging challenges to the current international and country-specific frameworks for pesticide maximum residue levels (MRLs), particularly in major markets, and a better understanding of whether current frameworks provide adequate support for agricultural trade.”

If England hopes to have a free trade deal with the U.S. if it leaves the E.U., it needs to under that “trade agreements are increasingly about managed trade–and the risks of contagion are serious. The U.K. must understand that negotiations with the U.S., like NAFTA 2.0, are not give and take – they are take, take, take by the U.S.”

The WTO’s SPS agreement is supposed to set constraints on member-states’ policies relating to food safety as well as animal and plant health with respect to imported pests and diseases. It is supposed to work in tandem with the WTO’s Technical Barriers to Trade agreement, which aims to ensure a country’s rules and regulations aren’t just non-tariff trade barriers. The report should also include descriptions of the approaches taken in setting national and international MRLs for crops and compare risk-based and hazard-based approaches, the letter states.

Lightizer asked the ITC also to investigate “how missing and low MRLs affect production, exports, farmers income, and prices, both on the national level, and to the extent possible, for small and medium size farms.”