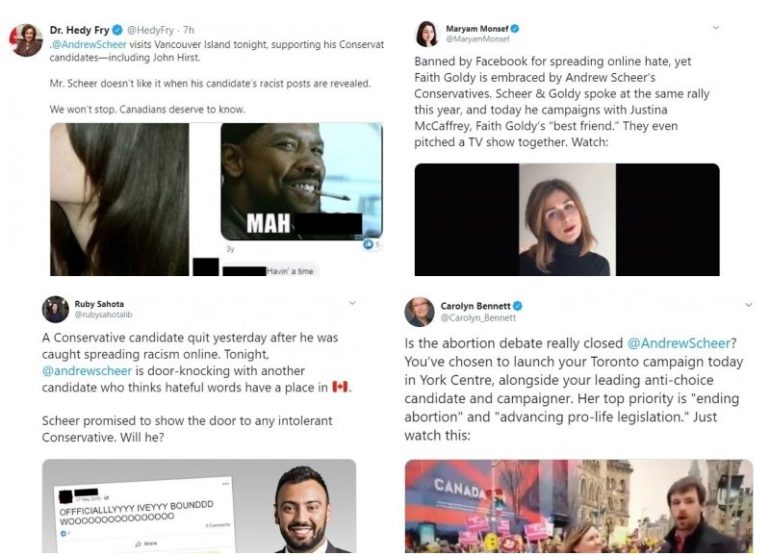 Conservative Party Leader Andrew Scheer is hitting the campaign trail in B.C., but the Liberals are making sure he’s being followed by offensive social media posts by his party’s candidates.

Hedy Fry, Liberal candidate for the Vancouver Centre riding, is the latest to post dirt on a candidate on Twitter. In a tweet Sunday morning, Fry posted a screenshot of an old Facebook comment by Nanaimo-Ladysmith candidate John Hirst, who apparently posted a gif with Denzel Washington’s face and a racial slur.