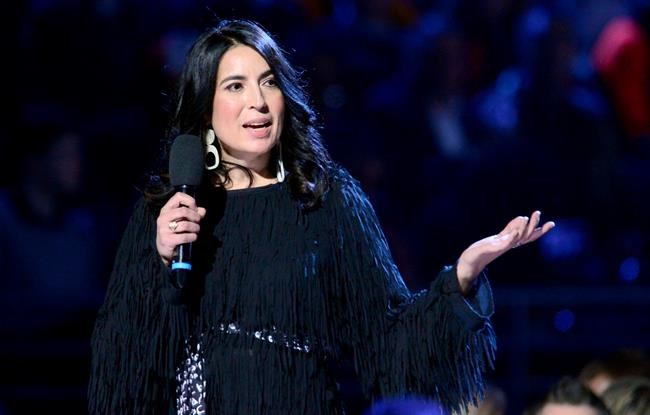 Toronto journalist Tanya Talaga and Indigenous writer Alicia Elliott are among the nominees for the $60,000 Hilary Weston Writers' Trust Prize for Nonfiction.

Organizers say it's the first time all the finalists shortlisted for the prize are women.

Talaga received a nod for "All Our Relations: Finding the Path Forward," published by House of Anansi Press. Based on her 2018 CBC Massey Lecture, the work explores the rise of youth suicide in Indigenous communities in Canada and abroad.

Elliott, a Tuscarora writer of Six Nations of the Grand River, is in the running for "A Mind Spread Out on the Ground" (Doubleday Canada). Her collection of essays provides a personal look at the consequences of Canada's treatment of Indigenous Peoples.

Talaga won the RBC Taylor Prize in 2018 for "Seven Fallen Feathers" and mentored Elliott, who was the winner of the RBC Taylor Emerging Writer Award that same year.

Jenny Heijun Wills, an associate professor of English at the University of Winnipeg, is also a Writers' Trust contender for her memoir, "Older Sister. Not Necessarily Related."

The book, published by McClelland & Stewart, follows Wills' journey reconnecting with her Korean family after being raised by adoptive parents in small-town Canada.

Ayelet Tsabari is being honoured for her memoir "The Art of Leaving" (HarperCollins Publishers) tracing her travels after serving in the Israeli army as she grapples with her Mizrahi-Jewish identity.

Rounding out the short list is Toronto-based Anna Mehler Paperny for her journalistic examination of her own experience with mental illness in "Hello I Want to Die Please Fix Me: Depression in the First Person," published by Random House Canada.

The five finalists, who each receive $5,000, were selected by jurors Ivan Coyote, Trevor Herriot, and Manjushree Thapa.

The winner will be announced at the Writers' Trust Awards ceremony on Nov. 5.