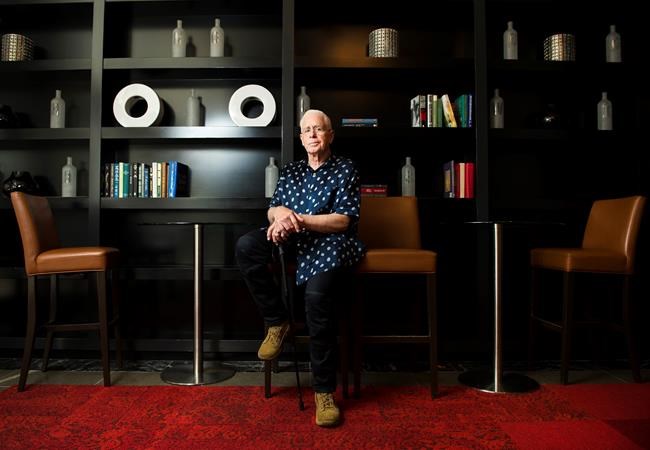 TORONTO — If anyone is looking for activist folk singer Bruce Cockburn to deliver a passionate lyrical rebuke for our tumultuous times, they're not going to find it on his newest album.

The 74-year-old musician has a respected history in the craft of protest songs, but he's not taking the bait anymore. He doesn't find inspiration in the anger that's spewed by the U.S. president, he says, nor does he feel the necessity to acknowledge the latest outrage.

Half a century into his career, the songwriter behind "If I Had a Rocket Launcher," "Lovers in a Dangerous Time" and "If a Tree Falls" might seem a little jaded — but he sees it differently.

"I'm more frustrated than fired up," he explains while sitting in the lobby of a Toronto hotel.

"I've gotten angry so many times over so many things. Really the stuff that would make me angry now is all the same."

Cockburn acknowledges that might be him showing his age. The energy that once fuelled his inner fire is being redirected, mostly to raising his young daughter. The Ottawa-born musician, who resides in San Francisco with his wife, also walks with a cane due to hip and foot problems.

Cockburn says he doesn't want to recycle the agita that established him in the Canadian cultural canon. It seems he would rather seek solace from today's political discord in the strings of his acoustic guitar.

On his 34th album "Crowing Ignites," due for release on Sept. 20, Cockburn lets the music do the talking. The all-instrumental project is his first since "Speechless," a wordless collection of mostly covers of his own songs released 15 years ago that firmly established Cockburn as a formidable picker. His latest further entrenches his skills beyond the written word.

But "Crowing Ignites" isn't an island of work. The collection of 11 original tracks plays like a meditation on our careless existence, though it leaves most of its interpretation up to the listener.

Cockburn offers some direction in the song's titles: "April in Memphis," evokes the assassination of Martin Luther King Jr., and "Blind Willie" is an homage to pre-Depression era American gospel singer Blind Willie Johnson, whose troubled life led to an early death at 48.

"Seven Daggers," named in reference to Roman Catholic imagery of the Virgin Mary, is a dreamy journey where Cockburn's guitar lingers among the sounds of kalimbas. And the hypnotic "Bells of Gethsemane," takes his instrument drifting along a sea of Tibetan cymbals, chimes and singing bowls.

"To me, the nature of instrumental music is that it exists on its own terms," Cockburn explains.

"It may suggest things to you, or conjure up feelings, but you can't really control how it does that."

Yet it's difficult to separate "Crowing Ignites" from the social fabric it's built from, which makes Cockburn's insistence on ambiguity all the more bewildering.

When asked about politics, he offers a clearer sense of what might've led him to return to instrumentals. He expresses dismay over how "polarization" and "fragmentation" have split people along political party lines and isolated both sides from each other.

"The whole idea that liberal and conservative have become pejorative — they're not descriptive terms anymore, they're labels to refer to people you hate. How can you have dialogue when the language can't accommodate a different point of view?" Cockburn says.

"Maybe that was in the background somewhere in the choice of doing an instrumental album. It wasn't conscious. But we have to do our best to promote community and dialogue."

It's one of the reasons he hasn't released a song about Donald Trump, who he believes promotes "chaos." He refuses to give the U.S. president any more oxygen.

"The world is talking about Donald Trump by his invitation — he doesn't need any more attention," he says.

Cockburn hopes for the sake of his eight-year-old daughter the world digs itself out of its troubled state.

"In a way, I feel guilty for having had a kid, not from the point of view of population, but for inflicting the future on that child," he says.

"I worry about that. But I probably won't even be here when she's hitting the worst of that, so it's kind of hard to think of it in concrete terms."

This report by The Canadian Press was first published Sept. 18, 2019.