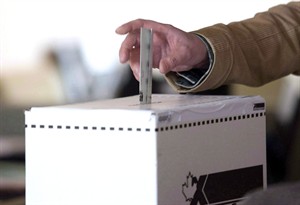 Ottawa—Despite its national economic importance, the agrifood sector has been ignored during the federal election campaign, says Ernie Sirksi, Chairman of Soy Canada, which represents farm and other groups involved in soybean production.

Sirksi, a Manitoba grain farmer, has fired off an open letter entitled Where is Agriculture? lamenting the lack of attention the sector has received in the campaign.

“The outcome of this election will shape our nation over the next four years,” he said. “We need a government with a plan to unite Canadians around a strong and healthy agriculture sector. Farmers, those who work in the industry and consumers are listening and waiting for our candidates’ responses.”

The recent agricultural debate coordinated by the Canadian Federation of Agriculture produced comments from the four parties that “were heavy on rhetoric and light on substance,” he said.

The agrifood sector is significant to the national economy accounting for 2.1 million direct and indirect jobs and contributing 6.7 per cent of the Gross Domestic Product (GDP), he said. Yet it has received little attention from the party leaders.

The 2017 Agri-food Economic Strategy Table called for $85B in exports by 2025, an increase from $64.6 billion in 2017, he said. “This growth will not occur by simply following the status quo. I believe the largest obstacle to reaching this goal is trade barriers.

“These barriers are increasing and becoming more complex. And these barriers and the resulting decrease of GDP will affect all Canadians, reducing exports and Canadian jobs,” he said. This issue deserves attention from the federal party leaders.

The biggest problem is Canadian canola, soybeans, pork and beef being shut out of the Chinese market following the arrest of a Chinese hitech executive on a U.S. expedition request. “The ultimate cost to the sector still hangs in the balance of Canada’s response to it.

“The Canola Council of Canada has estimated the loss of the Chinese market will be a $1 billion blow to the canola industry. Producer prices for soybeans are well below those of one year, five years and 10 years ago. Where is our support? Why is the agriculture sector absorbing the full cost of political disputes over which it has no control?

“Canada’s once vibrant trade relationship with China collateral damage in a dispute that is political in nature,” he said. When China imposed a 25 per cent retaliatory import tariff on U.S. soybeans earlier this year, futures prices on the Chicago Board of Trade (CBOT) fell by 25 per cent.

“Prices in Canada are based on the CBOT futures. We felt this. Farmers are still feeling this. It hurts. Think of the impact a 25 per cent increase in interest rates would do to the consumer’s mortgage. This is the impact I feel on my prices. The interest rate increase would lead to higher mortgage payments. I suffer a reduction in income. Both hurt.

“As a Canadian farmer, I am prepared to assume my responsibility for the welfare of this country and I will strive to have a positive impact on the environment and climate change,” he said. “I will compete with the best in the world in terms of value, price, quality and quantity in order to sell my products. I am prepared to deal with weather, market fluctuations and increasing costs of production.

“But, on my own I cannot deal with political influence,” he said. “Let’s do our part to ensure Canada’s agriculture sector is as strong and as healthy as possible.”

Currently grown from Nova Scotia to British Columbia, soybeans have been Canada’s third most valuable field crop for six consecutive years. In 2018, soybeans accounted for a record $3 billion of farm cash receipts.