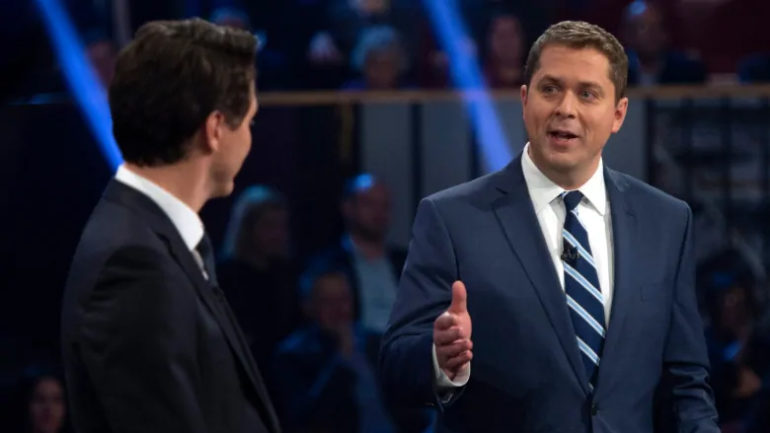 It wasn’t deliberate. But it was just as well that Andrew Scheer and Justin Trudeau wound up next to each other in Monday night’s leaders’ debate, because it became clear, right from the opening exchange, that each intended to undermine the other.

Within the first few minutes the Conservative Scheer called his Liberal opponent a fraud and phony unworthy of being prime minister.

“Justin Trudeau only pretends to stand up for Canada,” Scheer said. “You know he’s very good at pretending things, he can’t even remember how many times he put blackface on because the fact of the matter is he’s always wearing a mask.”