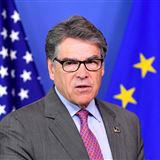 Energy Secretary Rick Perry, who has emerged as a central figure in the Trump administration’s quickly expanding Ukraine affair, told President Donald Trump on Thursday that he will be stepping down soon, according to a Republican donor who told NBC News he spoke to a senior Perry aide.