Tax plans of federal parties range from bad to naive 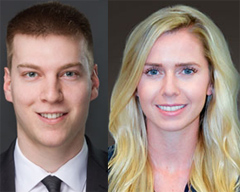 Before Canadians go to the polls next week, they should understand each party’s tax plan, which unfortunately range from bad to worse to downright naive.

Let’s start with the NDP and Green Party, which have similar plans. Both parties propose a new “wealth tax” and would increase the tax on capital gains. The NDP would also raise the personal income tax rate on entrepreneurs, professionals and business owners.

Both plans are naive. Why? Because they assume Canadians won’t respond to tax hikes. In reality, however, higher taxes discourage business investment, business startups, entrepreneurialism and investment in education because higher taxes mean lower returns on these activities.

Consequently, as a recent study showed, the supposed windfall of government revenues from raising taxes on such people disappears fairly quickly. In fact, because people change their behaviour in response to tax hikes, over the medium and longer-term revenues are lower than they would have been had the tax rates remained lower.

The Liberal plan would also make things worse. It includes a new tax on luxury vehicles and a 10 per cent tax on foreigners who purchase real estate, which could bring in a small amount of revenue. The Liberals also, however, propose increasing the basic exemption (the amount of income workers can earn before paying income taxes) to $15,000 by 2023 at an estimated cost of $5.7 billion.

The main problem with the Liberal approach is that it fails to tackle Canada’s substantive tax issues—and again, in some ways makes them worse. First, it will have almost no effect on marginal tax rates—the tax rate on the next dollar you earn—which is key to improving incentives for individuals to seek out additional productive work.

Second, and perhaps most critically, because Canada’s taxes have become much less competitive over the last four years, we desperately need real tax relief and reform. None of the Liberal measures will provide that relief.

Lastly, the Conservatives promise to reduce the bottom tax rate—for income above the basic exemption limit to $47,630—from 15 per cent to 13.75 per cent. Like the Liberal plan, this rather expensive tax cut does almost nothing to better attract entrepreneurs, professionals and business owners.

The Tory tax plan is also littered with tax credits (including the children’s fitness tax credit) that were in place under the Harper government. This approach complicates the tax code, imposing yet more costs on Canadians to comply with and file their taxes, does nothing to improve tax competitiveness, and is largely ineffective in encouraging the behaviour they’re designed to encourage. For example, a 2017 Department of Finance report found that the financial benefits from these tax credits were “relatively small and unlikely to generate significant behavioural responses.” In other words, restoring a children’s fitness tax credit won’t actually result in more kids being active but will impose costs on Canadians when they file their taxes, and on the organizations who must issue tax receipts.

A far better approach to taxes, which none of the major parties have proposed, is a simpler flatter tax system to raise sufficient revenues to pay for government services and programs while imposing the least costs on Canadians and the economy. Hopefully the next government, whoever it may be, will understand basic tax facts.