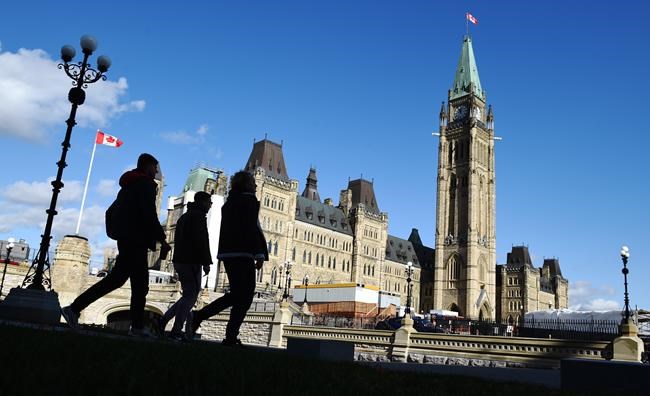 OTTAWA — Big business is adding its voice to a broader call for economy-lifting changes in Canada following an election campaign widely criticized for its dearth of deep policy discussion.

The Business Council of Canada, a lobby group representing chief executives of the largest corporations, has released a report underlining its concerns around obstacles like the aging population, sluggish productivity and global economic threats. The document lays out recommendations the council argues will improve Canada's position.

"On the campaign trail and in the platforms of your parties, these issues received little or no attention. They cannot and must not be ignored any longer," the report said in a message to political leaders.

"As leaders, you now have a choice. Between now and the next campaign, you can devote your energies to the struggle for short-term tactic advantage. Or you can recognize that the world is changing — and changing fast."

Political parties largely avoided putting forward detailed visions for how best to boost Canada's economic future, even as the global economy flashed signs of a slowdown.

In its report, the council called the lead-up to the Oct. 21 vote "one of the most polarized, fractious and dispiriting federal election campaigns in memory."

Leaders from across the business community have urged the incoming government to lay out a strategy on how best to make Canada more prosperous, especially at a time of elevated trade uncertainty and rapid technological change.

The report lists half-a-dozen recommendations for Justin Trudeau's minority Liberal government, which will have the added challenge of negotiating with opposition MPs to pass legislation.

The recommendations, the council said, are based on months of consultations with individuals, social service agencies, labour and environmental groups, Indigenous organizations, economists, as well as current and former elected officials from different levels of government.

Among the ideas, the council calls for boosting immigration to supply the labour force, easing regulations, updating the tax system, and convening a first ministers' meeting to develop a national-resources strategy.

There's also a call for the government to establish an independent body to identify and prioritize nationally significant infrastructure projects.

The council supports the Canada Infrastructure Bank, a federal financing agency set up by the Liberals for new projects. But it says the agency still leaves the country without a reliable, nationwide source of data on the state of infrastructure, or an independent source of advice to governments, industry and the public.

The report also recommends the government adopt a more realistic approach to foreign policy to bolster Canada's defences against emerging risks, including digital and cyber threats.

The council says the United States will remain Canada's top economic and security partner — and therefore management of the bilateral relationship must be central to the foreign policy agenda. But, the report says, when it comes to dealing with rest of the world, Canada can no longer automatically assume the U.S. will be on its side and must be prepared to fend for itself.

This report by The Canadian Press was first published Oct. 29, 2019.