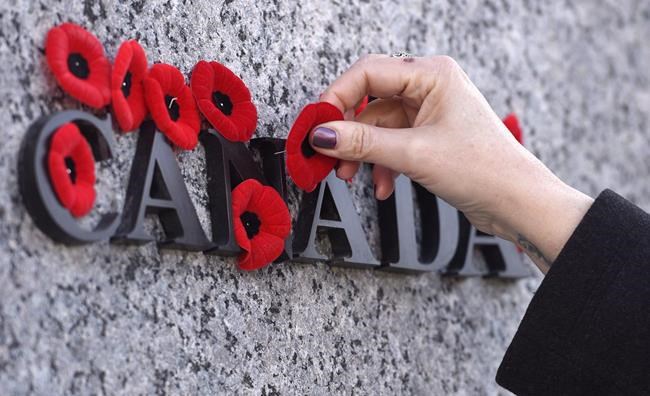 TORONTO — A new survey suggests more Canadians are planning to mark Remembrance Day this year, perhaps in a salute to the few remaining veterans of the Second World War.

The poll commissioned by Historica Canada, the organization behind the popular Heritage Minute videos, suggests the percentage of Canadians who plan to attend Remembrance Day ceremonies has climbed to 41 per cent, a boost of two per cent over last year and 14 per cent over 2016.

The online survey, conducted by Ipsos, also indicates 88 per cent of Canadians feel it's important to attend such events while veterans of the Second World War can still be present.

"We're aware now that even the youngest of those who served in World War II — 75, 76 years ago — are now in their mid-90s. The number of those who served, who used to be so common in every community, is really diminishing," said Historica CEO Anthony Wilson-Smith.

"The day is coming soon when they won't be with us, and I think Canadians collectively feel that this is our time to say thank you."

But it's not just about thanking veterans, the poll suggests; it's also about learning from them. The vast majority of survey respondents — 94 per cent — agreed that hearing veterans speak about their experiences is the best way for young people to understand conflict, and 80 per cent said they had heard a veteran tell their story.

That personal element can be very powerful, Wilson-Smith said.

Ipsos conducted the online poll between Oct. 21 and 24, surveying 1,000 Canadians. The polling industry's professional body, the Marketing Research and Intelligence Association, says online surveys cannot be assigned a margin of error because they do not randomly sample the population.