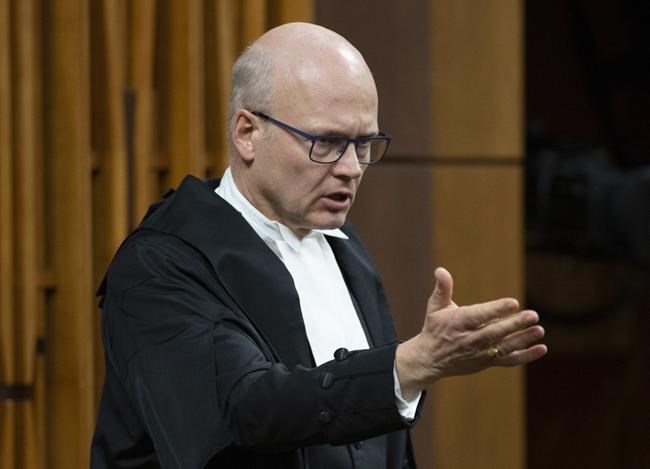 OTTAWA — Geoff Regan, who presided over the House of Commons as Speaker for the last four years, is looking to reprise his role in the new session of Parliament.

The Halifax Liberal MP plans to let his name stand among those who want to be the referee in what is likely to be a fractious Commons following last month's bruising election campaign that returned Justin Trudeau's Liberals with a minority government.

The new session is to start Dec. 5 and the first order of business will be for MPs to elect a new Speaker.

Speaker's office spokeswoman Heather Bradley said Regan "would welcome the opportunity to place his experience as Speaker in the (last) 42nd Parliament at the service of the House of Commons and will therefore be letting his name stand as a candidate for the position of Speaker."

Any MP who does not specifically remove his or her name from the ballot is considered to be in the running for the post, which carries with it a substantial salary hike (about $255,000), an apartment near the Commons and the use of a country estate in Gatineau, Que., known as The Farm.

Members of Parliament will vote by preferential ballot for the new Speaker and later the same day the Trudeau government intends to present a throne speech outlining its agenda for the new session.

The vote on the throne speech will be the first test of confidence in the new minority government.

The Liberals will need the support of at least the Bloc Quebecois or New Democratic Party to survive the confidence vote.

Defeat on a confidence vote would constitute defeat of the government, after which Gov. Gen. Julie Payette would have to decide whether to call an election or give Conservative Leader Andrew Scheer a chance to see whether he could gain the confidence of the House.

The House of Commons is to sit for just seven days, until Dec. 13, before breaking for the holidays. It is not scheduled to resume again until Jan. 27.