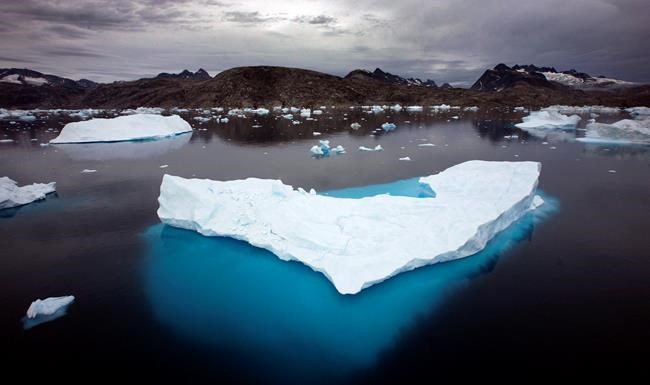 OTTAWA — A baby born in Canada today will never know a time in which his or her health isn't at risk from a warming planet, an annual look at climate change and human health reported Wednesday.

The Lancet medical journal's 2019 countdown on health and climate change has dire warnings about the kind of world we might be leaving to future generations.

"The life of every child born today will be profoundly affected by climate change," the report says. "Without accelerated intervention, this new era will come to define the health of people at every stage of their lives."

In some of the world's hottest and poorest countries, malnutrition will increase, while in a country like Canada, air pollution, heat-related illnesses and exposure to toxic smoke from forest fires are bigger threats to a child's long-term health. A warmer world means more widespread transmission of diseases, as well as the political strife that comes with mass migration as some parts of the world become uninhabitable.

Dr. Courtney Howard, a Yellowknife-based emergency doctor who helped pen the Canadian briefing document out of the main report, said pushing the world to do more to slow global warming is critical because after a certain point, we won't be able to adapt to the impacts. But she said there also needs to be more work done to adapt to the impacts we are already seeing.

For example, she notes, the hospital in Fort McMurray, Alta., had to evacuate in a matter of hours when massive wildfires tore through the city in 2016. But most hospitals, including her own, have no plan to respond to similar circumstances.

"Do we know how to evacuate in a hurry?" she asked. "It's not something we covered in my emergency-medicine training but it's certainly something we need to cover now."

During fires, most people are advised to stay indoors, but she said that advice was developed when a fire lasted only a few days. Some regions have already had that advice daily for more than two months, which meant isolation that brought on unexpected mental-health problems. Also, she said, smoke will eventually penetrate a home exposed to it for days on end.

Adapting buildings to have better ventilation systems and preparing communities for the trauma of evacuations are also key, Howard said.

The number of Canadians exposed directly to wildfire averaged 35,300 between 2001 and 2004, but 54,100 between 2015 and 2018. That number does not include those exposed to wildfire smoke, which adds to the cardiovascular risks and lung diseases.

Between 1980 and 2017, 448,444 Canadians were forced to leave their homes because of wildfires, but more than half of those evacuations occurred after 2010.

There is also an economic cost to these events. In the United States, for example, heat waves became so pronounced in 2018 that as many as one-fifth of daylight hours in southern states became unproductive hours for outdoor workers in industries like agriculture and construction.

The Lancet notes that if we intervene now to keep warming down and find ways to adapt, the savings to the health system and economic productivity down the road will in many places more than pay for the costs of those interventions.

This year's report also sees health professionals accepting their own responsibility for global warming. The Canadian brief points out that the health system is responsible for more than four per cent of Canada's emissions.

Howard said she is a bit sheepish that she hadn't turned her attention to her own industry much before now.

"Leading by example is one of the best ways to create change," she said.

Note to readers: This is a corrected story. A previous version gave the wrong year for the wildfires that affected Fort McMurray.