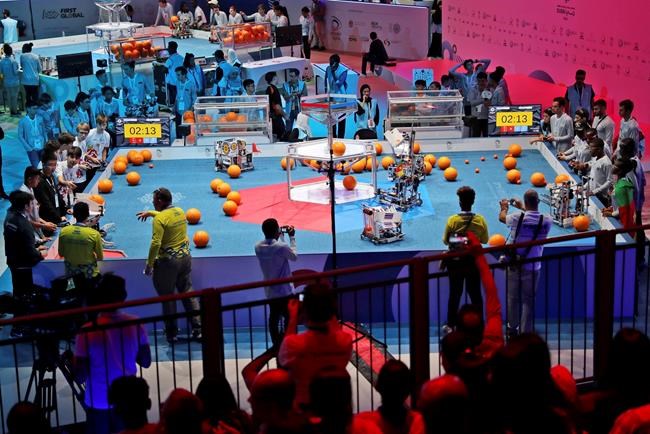 Canada has for a second year denied visas to numerous researchers hoping to attend an artificial intelligence conference in Vancouver, but has reversed some of those denials after coming under pressure to review them.

Black in AI, a group promoting black representation in the field, started to publicly raise concerns recently after about a third of researchers set to attend its Dec. 8 workshop at the NeurIPS conference were denied visas, a similar level to those denied for last year's event in Montreal.

The group, along with other prominent AI researchers and conference organizers, put pressure on government officials to review those denials.

"To have to go through this again, and to basically do a protest online to get these researchers to Canada, is very frustrating," said Victor Silva, one of the workshop chairs at Black in AI and a researcher at the University of Alberta.

He said it was crucial that AI development have a diversity of views to avoid biased learnings and skewed outcomes, and since NeurIPS is the largest AI conference in the world it was an important place for experts to share their research.

Immigration, Refugees and Citizenship Canada has now reversed 15 visa denials after further review, said Katherine Heller, an AI researcher and co-chair of diversity and inclusion at the NeurIPS conference.

Fifteen researchers, however, have had their denials upheld after further review, while 20 are still waiting for a response, and 86 researchers set to attend the Black in AI workshop have had their visas approved.

"Once we got a reasonable amount of government attention, they've been quite responsive. It took us a while to get that amount of attention," said Heller.

She said it was important to have a wide variety of views represented, and that visa barriers could impact Canada's ability to be a hub for these conferences in the future.

Tejumade Afonja, an AI researcher from Nigeria, posted a visa denial letter to Twitter from the Canadian Embassy in Vienna saying it was not satisfied that she would leave Canada, marking the second year she was denied a visa to the conference. She said she wouldn't try and appeal the denial.

"I do not have the time, nor energy nor money to waste on Canada anymore."

Immigration, Refugees and Citizenship Canada spokesman Remi Lariviere said the government has been working with conference organizers to facilitate the visa reviews but that all applications from around the world are assessed equally against the same criteria.

"We understand the disappointment of those whose visa applications were refused," said Lariviere by email.

"While we cannot comment on the admissibility of any particular individual, we can say that, in general, all visitors to Canada must meet the requirements for temporary residence in Canada, as set out in Canada's Immigration and Refugee Protection Act."

Silva said he's still concerned about potential bias in the evaluation process, and would like to see more clarity from the government on the process, but welcomed the reviews of the denials.

"I'm happy that they're interfering, but I expect more in the future."