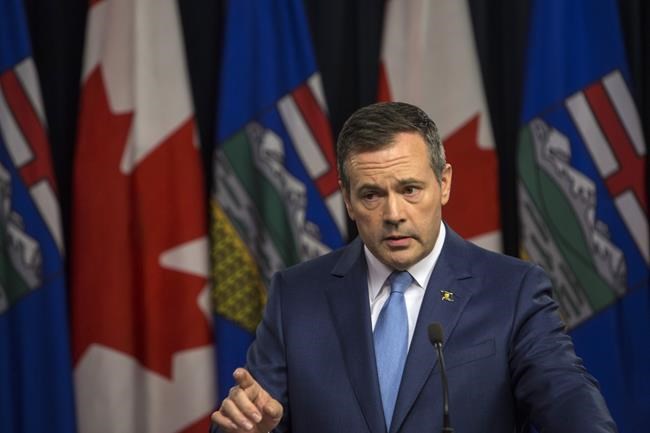 EDMONTON — An established Edmonton charity that has supported philanthropy in the community for more than 65 years says the provincial government's inquiry into so-called anti-Alberta activities is polarizing, undemocratic and unfounded.

In a 174-page letter to inquiry commissioner Steve Allan, the Muttart Foundation says the Public Inquiry Into Funding of Anti-Alberta Energy Campaigns is creating a "climate of fear" by suggesting there is a price to be paid for disagreeing with the government.

"The (order creating the inquiry) construes criticism of the oil and gas industry — or, depending on one’s perspective, concern about the environment — as 'anti-Alberta,'" the letter says.

"Surely, in a democracy as lively and as firmly entrenched as that of Alberta, it cannot be anti-Alberta or 'unAlbertan' to engage in serious debate about significant issues.

"Disagreeing with government or with those involved in the energy industry is not evidence of wrongdoing. It is simply what happens in a free and democratic society."

The Muttart Foundation was created in 1953 by Merrill and Gladys Muttart, who were behind several successful construction-related businesses. Their $43-million foundation funds early childhood education and care as well as helping other charities.

The inquiry was called earlier this year to fulfil a campaign promise by Premier Jason Kenney's United Conservative. Kenney has repeatedly accused U.S. charities of bankrolling efforts to block Canadian energy in a concerted "campaign of lies and defamation."

The letter acknowledges that any misinformation needs to be called out.

But it adds that the inquiry's terms of reference seem to deliberately single out criticism of the province's energy industry and seem to suggest that it's findings could affect provincial grant and support programs.

"To even imply that support of the energy industry or even agreement with government could become a criterion for determining whether an organization receives funding comes, we suggest, dangerously close to government direction of speech and thought."

The letter goes on to examine the premise of the inquiry.

Using Canada Revenue Agency data, it found that foreign funds accounted for less than one per cent of the total revenue of $261.8 billion received by more than 84,000 Canadian charities in 2016, the most recent year for which statistics are available.

In Alberta, 284 charities received $88.5 million from foreign sources — less than three per cent of their revenue. The University of Calgary was the top recipient, raking in 42 per cent of all foreign funding in Alberta.

The rest of the Top 10 were four other post-secondary institutions, three religious charities, an international development charity and an arts organization.

The raw data is included in the letter, which is posted on the foundation's website.

Foundation director Bob Wyatt said that the public should be able to comment on any policy recommendations that come out of the inquiry.

"If there is to be a set of recommendations that are going to adversely affect a particular organization or the sector generally, there should be a public opportunity for those to be addressed before they're submitted to cabinet."

But turn down the rhetoric, he asks.

"That dispute is not going to go away in the short term. We need to figure out ways to deal with both of those issues and to get rid of the polarization which currently exists."