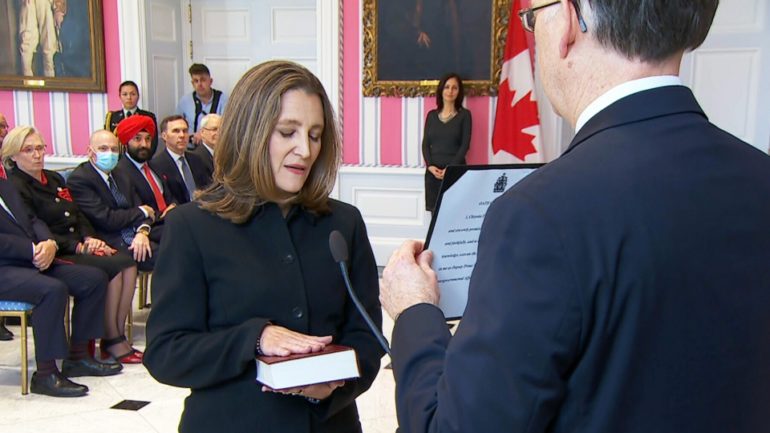 Justin Trudeau’s Liberals were shut out in Alberta and Saskatchewan last month, but the provinces got a shout-out in the cabinet choices the prime minister announced today.

Lacking an MP from the region, Trudeau tried for the next best thing. He named two key ministers with ties to the two provinces, and positioned a former cabinet minister as his eyes and ears in the Prairies.

To absolutely no one’s surprise, Trudeau tapped Chrystia Freeland as his minister of intergovernmental affairs and deputy prime minister.