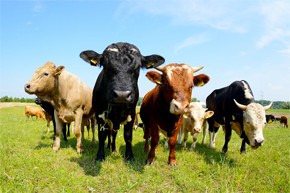 Proposal to be presented to the federal-provincial agriculture ministers this summer.

Ottawa-A group of CEO Champions and senior livestock industry representatives will meet this month to pull together a governance model for Animal Health Canada (AHC) as an overseer of farm animal health across the country.

The group aims to have a final report outlining how AHC would function ready in January, says Rory McAlpine, senior vice-president of government and industry relations at Maple Leaf Foods. The group hopes the federal and provincial agriculture ministers will make a final decision on AHC at their annual meeting this coming summer.

Animal Health Canada is intended to become an industry-government partnership to protect the health and well being of livestock, he told the National Farmed Animal Health and Welfare Council annual forum Nov. 27.

Back in November 2018, 14 leaders of Canada’s national livestock, dairy and poultry associations and the CEOs of leading meat and dairy processors pitched the idea to the federal and provincial agriculture ministers.

“We believe a better future lies in a new national governance model that would bring industry, federal and provincial governments into a decision-making and resource-sharing partnership,” they said.

McAlpine said AHC would clarify the role on the industry and government partners “in implementing an animal health strategy for Canada, beginning with emergency management.”

Canada suffers from a fragmented and sluggish system for preventing, preparing, responding and recovering from livestock diseases, he said.

The threat of African Swine Fever (ASF) has propelled Jaspinder Komal, Canada’s Chief Veterinary Officer, and the Canadian Food Inspection Agency into taking a lead role in developing an international campaign to prevent the outbreaks of the disease around the world from getting any worse.

That has helped draw attention to the need for Canada to be prepared in case ASF is found here. BSE and other deadly livestock diseases such Porcine Epidemic Diarrhea and Bovine TB have shown the kinds of threats that exist and AHC would enable a more coherent and thorough response program.

McAlpine says there are a number of possible models for AHC from Animal Health Australia to the Canadian Blood Services Agency (CBSA). Biosecurity New Zealand protects both plant and animal health.

“We must rationalize the organizational landscape and lean into a model with the legal and financial underpinnings that will transform our way of working,” he said. “We all know that incremental improvement will not be on anyone’s mind if we suffer a multi-billion dollar catastrophe, just as it was not when CBSA was created over 20 years ago in the wake of the tainted blood scandal.”

The CEO Champions for the AHC are led by Greg Meredith, Ontario Deputy Agriculture Minister, and Bob Lowe, Vice-President of the Cattlemen’s Association.

The Synthesis Agri-Food Network is conducting an inventory assessment and gap analysis of Canada’s prevention, preparedness, response and recovery planning for an animal health event. The purpose of the gap analysis is to understand the current state of animal health in Canada and to identify gaps or areas for improvement that will ultimately help strengthen the system.