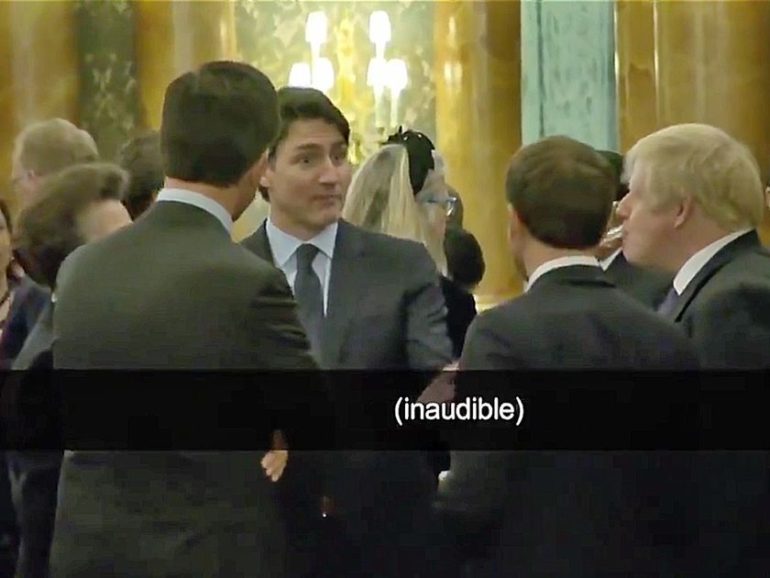 Prime Minister Justin Trudeau and other world leaders have been caught on camera apparently talking candidly about U.S. President Donald Trump, with the footage stoking fears of a backlash.

The video was shot by the British host’s pool camera during a reception at Buckingham Palace held Tuesday night in London, where leaders from NATO’s 29 countries are marking the 70th anniversary of the military alliance with two days of meetings and discussions.

Snippets of the conversation involving Trudeau, British Prime Minister Boris Johnson and French President Emmanuel Macron rose above the din and were captured in the short video that went viral late Tuesday after viewers surmised the group appeared to be joking about Trump’s performance earlier in the day.