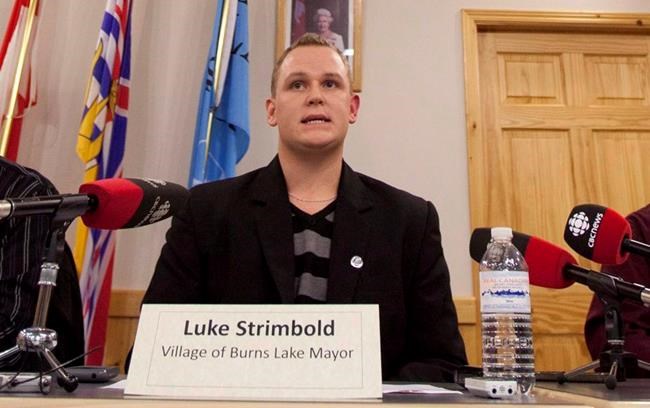 SMITHERS, B.C. — British Columbia's prosecution service says the former mayor of Burns Lake has been sentenced to two years less a day for sexual offences involving four boys under the age of 16.

A special prosecutor had previously approved 29 charges against Strimbold, including sexual interference and invitation to sexual touching, that allegedly involved six people under the age of 16.

His indictment said the alleged offences occurred between May 2014 and August 2017.

Prosecution service spokesman Dan McLaughlin says Strimbold must serve two years' probation and stay away from the victims after he is released from jail.

While he was mayor, Strimbold led the community's recovery from a 2012 sawmill explosion that killed two workers and injured 19 others.

In 2013, he was awarded the Queen's Diamond Jubilee Medal for community service. A year later, BCBusiness magazine named Strimbold one of the Top 30 leaders under the age of 30, recognizing his efforts to successfully rebuild the local economy.

He resigned two years after he was re-elected in 2014, saying he wanted to further his education and spend more time with his family.