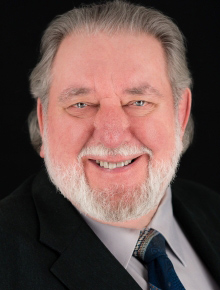 Canada’s 15-year-old students continue to do well on the gold standard of academic testing, but with some concerns.

This week, the Programme for International Student Achievement (PISA), which has randomly tested students worldwide every three years since 2000, released its latest results from reading, math and science tests completed by some half-a-million students in 79 countries in 2018.

As in previous cycles, Canadian students did very well in reading, with an average score of 520 points compared to the OECD average of 487 points, good for sixth place overall in a statistical tie with Hong Kong (China), Estonia, Finland, Ireland and Korea. Students in Beijing-Shanghai-Jiangsu-Zhejiang (or B-S-J-Z, a region in China) achieved the highest average reading score of 555, statistically similar to Singapore’s average of 549, but significantly higher than third-place Macao (China)’s score of 525.

In science, Canadian students placed eighth overall (again, out of 79 countries) with an average of 518, statistically indistinguishable from Finland, Korea, Hong Kong (China) and Chinese Taipei (Taiwan), but significantly below Singapore and first-place B-S-J-Z (China) with its stunning score of 590.

Canada’s lowest average score was in math—12th overall with a score of 512, statistically tied with Poland, Switzerland, Denmark, Slovenia, Belgium and Finland. Nine jurisdictions, including the Netherlands, Estonia and those with the highest scores in reading and science, had significantly higher math scores than Canada.

Globally, the most striking result is China’s ascendancy to the pole position with all four of the Chinese jurisdictions placing in the top five places in math, three in reading and two in science. Singapore, the highest-scoring country in all three subjects in the previous PISA report released in 2015, was relegated to second place in 2018.

Interestingly, neither China nor Singapore are OECD members, which means these five school systems significantly outperformed almost every OECD country. As a result, Canada placed among the top five highest-scoring OECD economies in each subject. More pointedly, Canada was the highest-scoring G7 country in reading (significantly outperforming the United States and the United Kingdom) and the second-highest G7 country after Japan in science and math.

Despite these excellent results, Canadians should not be complacent. From 2015 to 2018, scores fell in all three subjects. More worrisome are the statistically significant declines in science (since 2006) and math scores (since 2003). PISA characterizes these declines as “steadily negative,” which is clear cause for concern.

If we lift the hood to look at provincial performance, there’s both good news and more cause for concern. Among the Big Four provinces, students in Alberta (532) and Ontario (524) had significantly higher reading scores than their counterparts in British Columbia and Quebec, who were statistically tied with average scores of 519. As in previous cycles, Quebec significantly outperformed all other provinces in math with a score of 533, which was also the highest average score among OECD systems. With a science score of 534, Alberta also outperformed all OECD countries and all other provinces.

Clearly there’s much to celebrate in the latest PISA report. But there are also some warning signs parents, educators and policymakers should take seriously.

Derek J. Allison is a professor emeritus of education at the University of Western Ontario and a senior fellow at the Fraser Institute.