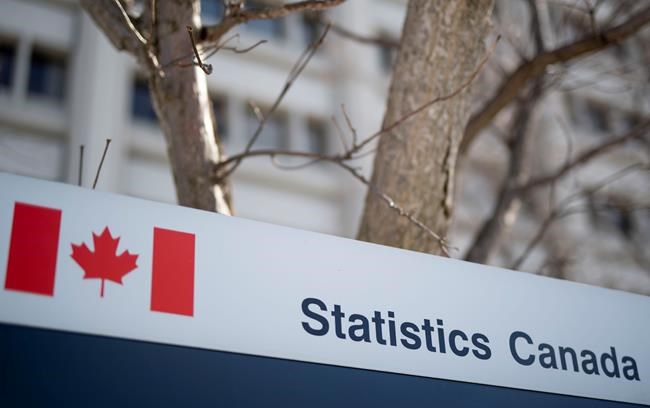 OTTAWA — The Canadian economy posted its biggest monthly job loss since the financial crisis in November, pushing the unemployment rate higher and raising the possibility the Bank of Canada may cut interest rates next year.

Statistics Canada said Friday the economy lost 71,200 jobs last month and the unemployment rate rose four-tenths of a percentage point to 5.9 per cent, its highest point since August 2018, when it hit six per cent.

Economists on average had expected a gain of 10,000 jobs and the unemployment rate to hold steady at 5.5 per cent, according to financial markets data firm Refinitiv.

Brett House, deputy chief economist at Scotiabank, said the drop in jobs puts pressure on the Bank of Canada to cut interest rates next year.

"It really undermines the notion from the Bank of Canada in the last few days that they've communicated that they chart their own course," House said.

The jobs report followed a decision by the Bank of Canada earlier this week to keep its key interest rate on hold at 1.75 per cent, where it has been set for more than a year.

Many of the  Bank of Canada's international peers have moved to cut rates and loosen monetary policy in response to weakness in the global economy. The U.S. Federal Reserve has cut its rate three times this year.

In making its decision this week, the central bank said the Canadian economy has remained resilient despite the global uncertainty caused by the trade war between the United States and China.

House, who noted that the jobs numbers are notoriously volatile, said he expects the Bank of Canada to cut its key rate as early as the first quarter of next year and certainly within the first half of 2020.

The goods-producing sector lost 26,600 jobs in the month as the number of manufacturing jobs fell by 27,500 jobs and the natural resources sector shed 6,500.

Meanwhile, the services sector lost 44,400 jobs as the number of public administration jobs fell by 24,900 jobs in November, due in part to the federal election in October.

Royce Mendes, senior economist for CIBC Capital Markets, said job growth had been running ahead of other indicators of economic grow, but the figures now look more in line with each other.

"However, the fact that a significant portion of that narrowing came from a drop in employment, isn't what policy-makers were hoping for," Mendes said.

"The Bank of Canada seemed very content with the current setting of rates earlier this week, but if this trend continues there may be a need for a rate-adjustment yet."

Regionally, Quebec lost 45,100 jobs in November due to a decline in manufacturing as well as accommodation and food services. Alberta and B.C. both lost 18,200 jobs.

The bright spot in the jobs report was an increase in the year-over-year growth in average weekly wages to 4.5 per cent compared with 4.3 per cent in October.

Compared with November last year, the economy has added 293,000 jobs.

This report by The Canadian Press was first published Dec. 6, 2019.