Two impeachment articles against Trump to be unveiled by Democrats: sources 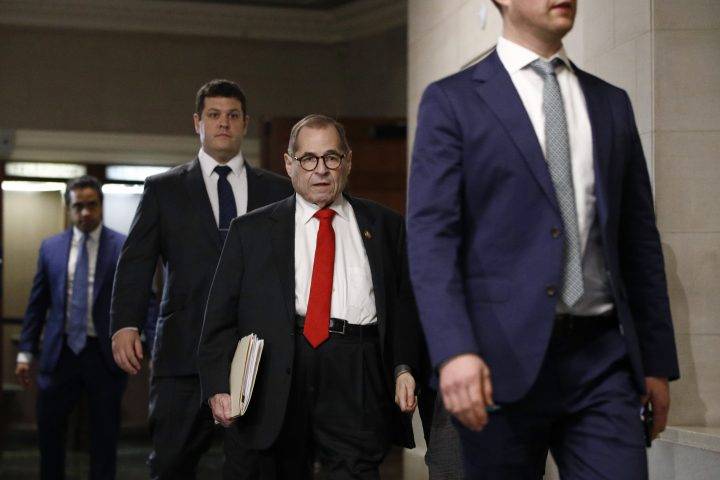 House Democrats are poised to unveil two articles of impeachment against U.S. President Donald Trump — abuse of power and obstruction of Congress — with an announcement expected early Tuesday.

Democratic leaders are pushing ahead with formal charges saying the president put U.S. elections and national security at risk by asking Ukraine to investigate his rivals, including Joe Biden, while withholding military aid for an ally trying to counter hostile Russia neighbors. They warn Trump could do it again if left unchecked.