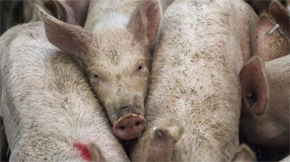 First one will be aimed at the pork sector.

Ottawa—The Animal Health Emerging Management Project (AHEM) has prepared highly detailed guides on how livestock producers should prepare for and respond to major disease outbreaks. Now it is readying workshops across the country to explain first hand what needs to be done.

Given that African swine fever (ASF) is rated currently the biggest threat facing the livestock sector, Canada’s pork sector is in line for the first 2020 workshop, says Matt Taylor, an AHEM spokesman. It will be a half-day session to be held Jan. 7 at the Banff Springs Hotel as part of the Canada Pork Council’s Banff Seminar.

It will be followed by a workshop as part of a beef conference in Winnipeg in March along with sessions in Ontario and Quebec that are being developed. The sessions will explain what information and assistance resources are available to producers in the event of a disease outbreak to ensure are fully informed and prepared. They will also test emergency response skills and explore what additional training and equipment are needed.

“We know that the animal health disease landscape is continuing to evolve,” Taylor said in an interview. “Our plan is to equip key stakeholders so they can keep pace with these changes and protect themselves, their animals and the industry as a whole.”

In a presentation to the National Farmed Animal Health and Welfare Council 2019 Forum, Taylor said that outbreaks of Avian Influenza, BSE, Foot and mouth Disease and PED have demonstrated the expensive threat diseases pose to the livestock sector.

Two rounds of Avian Influenza have put the poultry sector ahead of the other commodities in terms of disease preparation and response, but they are all learning, he said.

A component of Animal Health Canada, AHEM was created with funding from the Canadian Agriculture Partnership to create awareness of the threat of livestock diseases and to build capacity to respond to any outbreaks. Not including the poultry sector, there 79,000 livestock farms across the country that create 2.3 million jobs. Pigs and beef cattle dominate the picture.

AHEM has produced handbooks for 15 provincial livestock groups to distribute to their members across Canada including Beef Farmers of Ontario, Ontario Goat and Ontario Sheep. They are available on line at https://animalhealth.ca/ahem/project-resources/ and can be downloaded and printed by producers. The handbooks will be updated as needed on the AHEM website.

AHEM can also work with veterinarians and other animal health specialists to help them understand their role in an outbreak.

“The handbooks will enable producers to fully understand how a disease is handled, how to be prepared for it and what you can expect to happen,” Taylor said. “They explain topics such as livestock movements controls. Producers will feel more confident knowing what resources are available to them.”

It’s also important for farm groups to participate in the AHEM education and training so their staff “won’t be scrambling to take the right first steps if a disease is found. They will also know what government agencies are required to do as well as how to run and what’s needed in an operations centre in the event of an outbreak.”

Also available are handy brochures that summarize what farmers need to know when preparing for animal disease emergencies. So far, they are available for pork and beef and dairy cattle and summarize in a few minutes of reading time what a producer needs to know. Any additional information can be found in the handbooks.

Taylor said the brochure are also handy because they quickly raise producer awareness of what’s at stake and what challenges await them.

One of the lessons learned from past disease outbreaks has been the importance of good on-farm biosecurity in protecting individual premises, he said. It’s likely going to take time for veterinarians and others to recognize a disease has broken out before an emergency is declared and biosecurity is important for preventing the situation from getting worse.

The AHEM program is also important because it means producers across the country are following the same plan instead of each province going it alone, he said. Even with these preparations, “Other countries are ahead of us in readiness.”