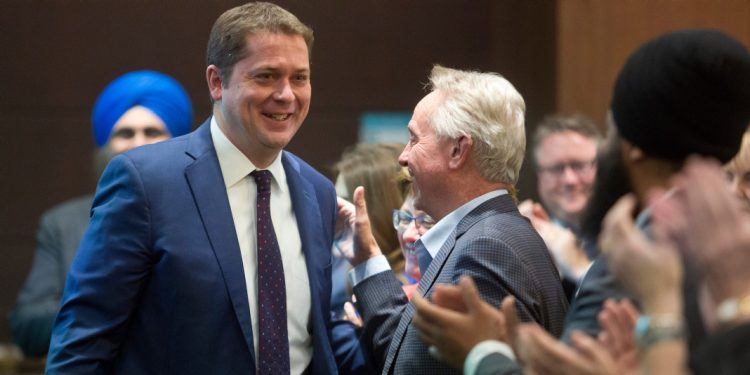 Some Conservative caucus members are upset by the stories about Conservative Leader Andrew Scheer’s family and his leadership office’s expenses, warning that if more negative information comes out, it would be unrealistic for him to stay on until a new leader is elected at the party’s convention.

“This is not good for the party,” said one Conservative MP who spoke to The Hill Times on not-for-attribution basis in order to speak candidly.

For more than a month after the election, Mr. Scheer (Regina-Qu’Appelle, Sask.) insisted that he would stay on as party leader. But in a surprise move, on the morning of Thursday, Dec. 12, Mr. Scheer announced he would be stepping down once a new leader is chosen. He broke the news to the caucus that morning, at a meeting that was supposed to centre on the party’s strategy in response to the newly negotiated NAFTA.