Internet-based 911 calling on the horizon; aim is to enhance response 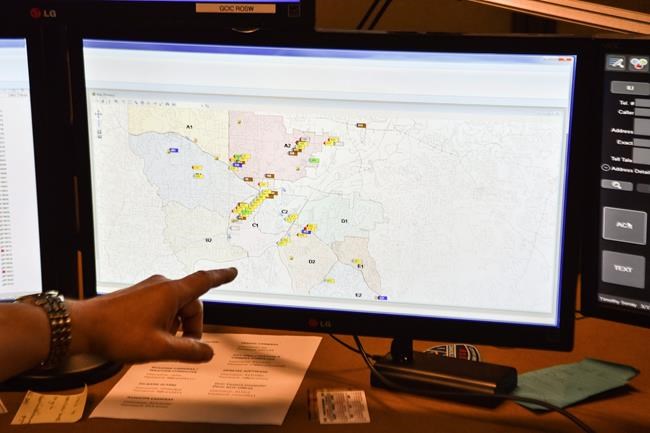 TORONTO — Emergency services will soon have to ensure they can pinpoint the location of people calling 911 for help on their cellphones.

The technically complex shift mandated by Canada's telecommunications regulator to what's called Next-generation 9-1-1 — or NG9-1-1 — should allow for a faster, more accurate system in which eventually data, photos, videos and text messages can flow.

"People mistakenly assume that when using a cellphone they'll automatically know where you are because of GPS capabilities inherent in that type of device," says Alex Brossault, a data program manager with the city of Guelph, Ont. "The truth of the matter is that it's not exactly pinpoint."

Currently, 911 dispatchers ask callers where they are. Landlines are tied to a physical address, while for cellphones, a process known as triangulation of cell towers can approximate a caller's location to the nearest known road intersection.

Problems can arise if cellphone callers don't know where they are, or are unable to speak or hear. Dispatchers might only know a caller's location within a couple of hundred metres, which can hinder response times.

NG9-1-1 aims to get around the problems by shifting to a new internet-based system. The Canadian Radio-television and Telecommunications Commission has ordered the new system in place for voice calls by June 2020 and for texts by December 2020.

Essentially, every connected phone will have an internet protocol address, which will be cross-referenced with key data sets mostly supplied by municipalities. The database will comprise every street address in an area and the entry location of buildings. Emergency service boundaries will also be accessible to ensure the right responders are dispatched.

The result should allow the 911 system to pinpoint the location of callers to within centimetres.

"We're getting down to the metre, sub-metre accuracy," Brossault said.

Currently, people who are deaf or have a speech impediment can text 911 services from a cellphone, but they have to register in advance, connect with 911 by voice call, then text. The general public cannot use texts for emergency services. That, too, will be changing in the coming year, with text becoming available to everyone with a smart phone.

Once fully implemented, NG9-1-1 will go well beyond talking or texting.

"Canadians could eventually stream video from an emergency incident, send photos of accident damage or a fleeing suspect, and send personal medical information, including accessibility needs, which could greatly aid emergency responders," the CRTC says.

New Brunswick, among provincial leaders when it comes to implementing the new 911 technology, has come up with a civic address system that has improved support for current 911 operations and paved the way for Next-generation 9-1-1 services.

Diane Pelletier, director of New Brunswick's NB 911 Bureau, said the goal in any emergency is to get the right assets to the right location fast. New processes and tools were improving road data exchange with the province's three most populous cities, and more municipalities were expected to get on board within months, she said.

"We can give our emergency service partners like police, firefighters and paramedics even more up-to-date information about the road network to help them get to the caller as quickly as possible," Pelletier said.

Overall, the regulator says, the move from analog systems to IP-based systems should improve the ability of emergency responders to deal with call overload situations, natural disasters and improve responses.

In addition, the technology could eventually allow people to make 911 calls from instant messaging apps or even Facebook. The system could also manipulate GPS data say from a car's navigation system to allow dispatchers to find someone who has crashed.

This report by The Canadian Press was first published Dec. 21, 2019.