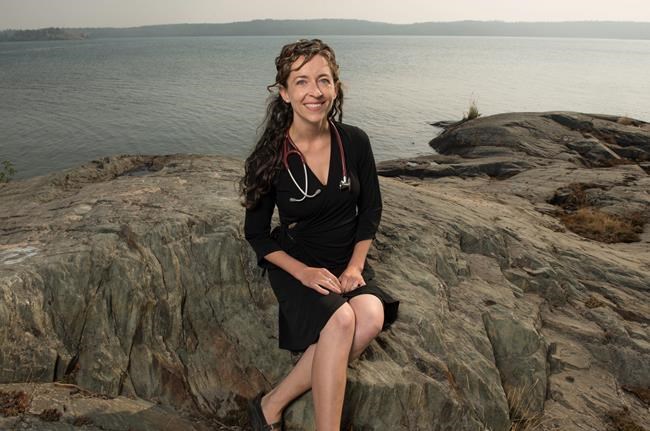 VANCOUVER — Canadian medical schools have not adequately addressed the urgent need for training related to planetary health and climate change, and members of the Canadian Federation of Medical Students say that must change.

The growing health effects of climate change, such as the spread of Lyme disease and heat-related deaths, mean medical students must be prepared, the students' group wrote in a comment for the Lancet's Planetary Health journal last week.

The medical journal has indicated previously that climate change could be "the biggest global health threat of the 21st century."

"There is a fair amount of teaching already, but a lot of room for improvement," said George Kitching, a third-year medical student at the University of Western Ontario. He is also the co-chair of the student federation's health and environment adaptive task force, or HEART.

"The message everywhere is that medical school curriculum is jam-packed, so when you try and introduce a lecture on climate change impacts, you have to take something out."

Dr. Courtney Howard, an emergency physician in Yellowknife, disagrees with that approach.

Instead of adding and subtracting, planetary health and climate change must be integrated throughout the entire curricula, so health-care providers aren't working in a silo, said Howard, who is also the board president of the Canadian Association of Physicians for the Environment.

"We need an educational blitz that addresses medical and health practitioners at all levels."

Otherwise, she said, doctors and health-care providers risk becoming disengaged and unprepared to protect people's health amidst a changing climate.

The HEART team recently assessed how planetary health and climate change are being taught in Canada by compiling survey responses from nearly 50 students and 10 faculty members representing all 17 Canadian medical schools.

The results are mixed, said Kitching.

The University of Alberta, the Northern Ontario School of Medicine and Dalhousie are identified as leaders, where environmental issues are covered at greater length through lectures, assignments and extracurricular opportunities.

By comparison, students at McGill and the University of Ottawa reported "brief" discussions during lectures on other topics, such as occupational health.

The International Federation of Medical Students' Associations has also called upon medical schools to integrate teaching related to climate change into their curricula by 2020.

Dr. Genevieve Moineau, president and CEO of the Association of Faculties of Medicine of Canada, said there's a clear indication that curricula must be focused on the needs of society and they'll collaborate with medical students on climate and health.

The association will host a session on climate change at the Canadian Conference on Medical Education in Vancouver in April, Moineau added.

In addition to the survey, the HEART team created a set of core competencies to help guide curricula on planetary health, with topics including food and water insecurity, infectious diseases, displacement, emergency disaster risk, air pollution and green health care.

"The percentage of health that comes from what we do in a hospital is about 20 per cent of overall health," said Howard.

But medical students should still be prepared on how climate change could affect the delivery of care inside hospitals and clinics, said Howard.

The operating room in the Yellowknife hospital was closed for two weeks during a particularly bad fire season in 2014 because it was contaminated by smoke, she said, and at the same time, the hospital saw double the number of patients seeking care for asthma exacerbations.

"Right now, we're headed for at least three or four degrees Celsius (warming) within the lifetimes of today's children, and we simply don't know what that means for health," and health-care systems, she said.

"But it will be catastrophic."

This report by The Canadian Press was first reported Jan. 11, 2020.