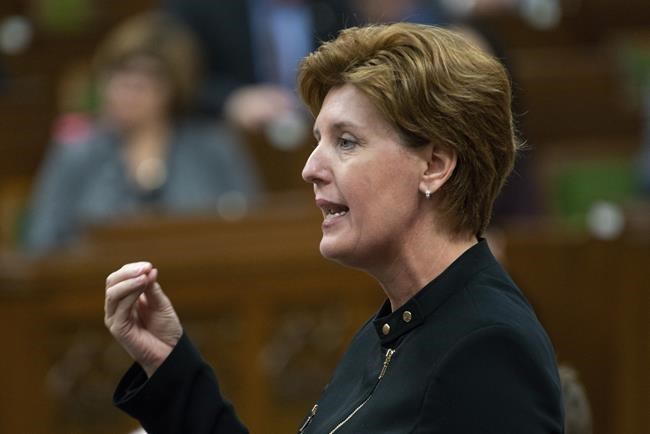 Several other components of the Food Policy for Canada waiting to be acted on.

Ottawa—It will be a couple more months before the membership of the Canadian Food Policy Advisory Council is disclosed and a start is made on several related initiatives announced last year.

The Food Policy for Canada was made public by Agriculture Minister Marie-Claude Bibeau last June with the Advisory Council to be established later in the year. Also in the queue are a five-year, $50 million Local Food Infrastructure Fund, a $24.4 million program at the Canadian Food Inspection Agency to crack down on food fraud, a $25 million Buy Canadian promotion program and a $6.3 million food waste reduction program.

Advisory Council nominations were open during most of last August and September and Agriculture Canada received 124 applications from agrifood, health, academic, non-profit, Indigenous and other organizations. “Applications are currently under review, and successful applicants will be notified in the coming months,” the department said.

Mary Robinson, President of the Canadian Federation of Agriculture, which first called for a National Food Policy about a decade ago, is among those who have been recommended for appointment to the Council.

Bibeau’s mandate letter from Prime Minister Justin Trudeau in December said she is to lead work across the government to move forward with the Food Policy including helping Canadians access healthy food, make Canadian food the top choice at home and abroad, support food security in remote areas and reduce food waste. The agrifood sector is waiting for any details that might be forthcoming.

Carla Ventin, senior vice-president of Food and Consumer Products of Canada, said in addition to the Council appointments, “we also understand that the government will be moving forward with several initiatives, including the Local Food Infrastructure Fund and Food Waste Reduction Challenge.”

FCPC is also supportive of the Food Policy Council’s potential to develop policy coherence between the other departments that impact the food industry, she said.

The main goal should be to strategically position Canada’s agri-food industry as a global leader.

Bibeau said last year the Advisory Council will be a central piece of the overall Food Policy because it “will bring together the expertise and diversity needed beyond government to address the challenges of today, as well as the future of Canada’s food system.”

For many in the agrifood sector, the favoured outcome would be a council in line with what the Agri-Food Economic Strategy Table intended in its proposal in the fall of 2018 for a permanent and independent panel of industry experts to keep government regulators focused on advancing the sector.

The strategy table report said the panel would perform a “challenge function by identifying efficiencies and enhancing opportunities for industry participation in government decision making. It would also work with regulators to regularly review all the regulations, technical guidance and associated government policies to ensure they are necessary, appropriate and effective in achieving intended objectives in the most cost-effective manner possible.”

The sector would also be satisfied with an Advisory Council based on what the Ag-Growth Council proposed in the Powerhouse report prepared by the Canadian Agrifood Policy Institute and the Public Policy Forum. Or it could be based on the 2016 Barton Report, which called for a branch in the Privy Council Office to keep government departments thinking about the needs of the agrifood sector when they were preparing regulations or policies.

The concern is could become another social policy chat group that will do little to advance agrifood’s goal of $75 billion plus in exports by 2025.