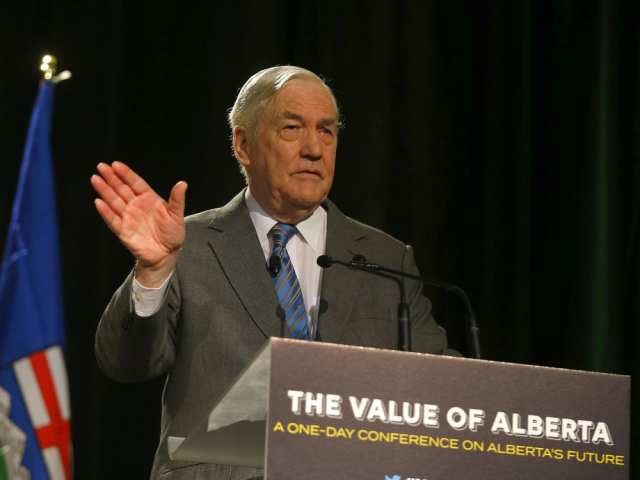 One-time media baron Conrad Black told a Calgary conference on Alberta’s future that the province’s economic troubles are in part because of a worldwide “holy war” on fossil fuel industries.

Black’s keynote speech at Saturday’s Value of Alberta conference touched on topics from the American political landscape to the virtues of capitalism, but focused mostly on the effect of climate policy in Canada on Alberta’s energy industry.