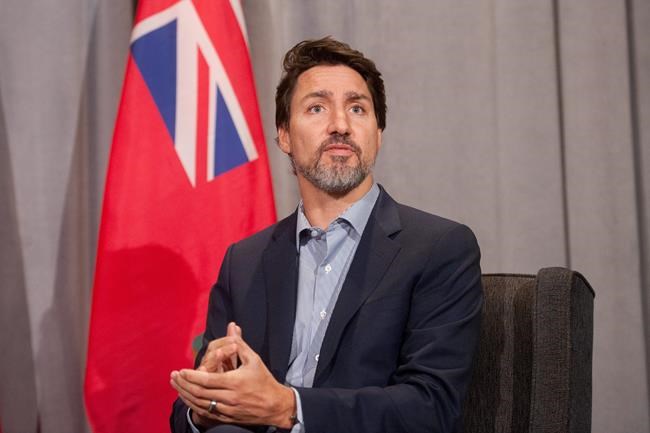 The government will introduce a motion to apply some of its elements Jan. 27 when Parliament resumes, and will table legislation to ratify the deal two days later, he said.

"Passing the new NAFTA in Parliament is our priority," Trudeau said at the end of a cabinet retreat in Winnipeg.

"Millions of Canadians depend on stable, reliable trade with our largest trading partners, from farmers in Alberta and autoworkers in Windsor, to aluminum producers in Saguenay and entrepreneurs in St John's or in Vancouver."

It is expected that the opposition Conservatives, who are ardent supporters of free trade, will support the legislation when Canada's new minority Parliament reconvenes.

That would remove the final legal hurdle in preserving continent-wide trade after President Donald Trump foisted the acrimonious renegotiation of the 25-year-old North American Free Trade Agreement on Canada and Mexico in 2017.

Trump threatened repeatedly to rip up the original NAFTA, a Sword of Damocles that hung over more than a year of negotiations that were key to Canada's economy.

The fate of numerous sectors, including the auto industry, agriculture and manufacturing were on the line in the talks.

The U.S. is Canada's top trading partner and the Trudeau government made major policy changes to preserve access to the crucial market in the face of the mercurial president's protectionist threats.

The Liberal government had been waiting for the U.S. to formally ratify the pact before passing its own bill, after Mexico ratified the deal back in June.

"We celebrate the decision by Prime Minister @JustinTrudeau to hasten the process of ratification of the #USMCA: our new framework that will greatly benefit our three countries' employment, industry and peoples," Seade said on Twitter.

Bloc Quebecois Leader Yves-Francois Blanchet, whose party holds third-place status in the House of Commons, suggested Tuesday he's not in a big hurry to ratify. Blanchet emerged from his party's caucus retreat in Montreal to say the Bloc will push for a full debate and Commons committee hearings on the new deal.

This report by The Canadian Press was first published Jan. 21, 2020.