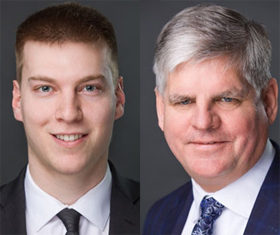 According to a Parliamentary Budget Officer (PBO) report released this week, the Trudeau government’s plan to increase the “basic personal amount” will cost nearly $7 billion annually when fully implemented. This price tag is not only higher than what the Liberals anticipated during the election campaign (and in the December fiscal update), it also means the government’s policy choice will add to the debt load of Canadians.

In December, Finance Minister Bill Morneau announced that the government would gradually increase the basic personal amount—the amount of money Canadians can earn before paying income taxes—to $15,000 by 2023/24. At the same time, the government indicated it would offset this tax reduction for Canadians making more than about $150,000.

This is not a plan many tax policy experts would put at the top of their to-do list. For most Canadians, the increase in the basic amount is the same as lump-sum tax relief. Fine as far as it goes, but it means they get no boost in their after-tax returns from taking on an extra shift at work—they face the same old tax and clawback rates.

In reality, because the increase in the amount will be clawed back from taxpayers in the fourth tax bracket, those taxpayers get a tax rate hike. The hike is small, but because these taxpayers by definition already face a very high tax rate—more than 45 per cent in most provinces—the economic damage is disproportionately large, adding many tens of millions to the cost of the plan.

And the plan’s cost is already high. Originally projected to begin at $2.9 billion in 2020/21 and eventually reach $5.6 billion at the end of the four-year period, the PBO’s new projections suggest the cost will be higher. For the next four years, it puts the total at $20.7 billion—almost $3.5 billion more than estimated in the Liberal Party platform.

It’s unfortunate that the current government chose a tax relief plan that will do almost nothing for economic growth. What makes it far worse is that the costs of this plan will be funded by borrowed money. Ottawa is already running persistent deficits, and forecasts show no end in sight. This means increasing the basic personal amount will be financed entirely through more borrowing. In other words, more debt for Canadians.

Prime Minister Trudeau’s tax approach stands in stark contrast to that of past Liberal governments.

In his 2000 Budget speech, then-finance minister Paul Martin said “tax reductions should not be financed with borrowed money.” Indeed, the Liberal governments of the mid-1990s and early-2000s instead focused on balancing the budget and returning small surpluses before lowering taxes on personal incomes, businesses and capital gains.

Of course, the tax relief implemented by Jean Chretien and Paul Martin increased incentives for Canadians to work, save and invest and helped spur a decade of good economic growth. But the government did not borrow to do so.

The Trudeau government has chosen a much different path today, increasing debt and deficits to finance more spending and tax relief. Indeed, because the government continues to borrow more money, the proposed tax cuts are not cuts at all, but punts to future taxpayers who will face higher marginal tax rates than otherwise, with ensuing economic losses.

Far better would be a spending plan that quickly delivered balanced budgets, swiftly followed by tax rate relief for all Canadians. That would set in motion a virtuous economic circle, with much better results for our future selves and children.

Chretien (and Martin) understood that tax reductions generally should not be financed with borrowed money. Prime Minister Trudeau and Minister Morneau would do well to follow this example.

Jake Fuss and Finn Poschmann are analysts at the Fraser Institute.